'Her': Love Story, or Cautionary Tale? 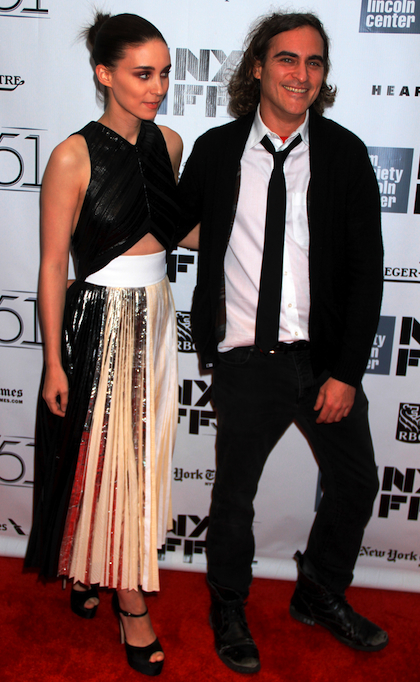 Hollywood is abuzz this week with the release of the trailer for Spike Jonze’s new film, Her. Jonze, best known as a music video director who left an indelible mark on the movie world with his surreal 1999 flick, Being John Malkovich, looks poised to score himself another generation-defining hit!

Her is, at its heart, a love story, but this is no typical romance. Joaquin Phoenix stars as a lonely L.A. writer (are there any other kind?) living in a not-too-distant future where artificial intelligence has become significantly more sophisticated. He gets himself a new operating system for his computer, equipped with a voice command feature not unlike Siri – except this one has the sultry voice of Scarlett Johansson. The A.I. calls itself "Samantha" and seems to be just the companion Phoenix’s character needs after a harsh breakup. One thing leads to another, and Joaquin comes to find that the disembodied voice possesses more of a soul than the living, breathing human beings around him. Yikes.

It’s an alarming paradox that, as the world finds itself more connected than ever via the internet and social networking, the more isolated we have become. How did THAT happen?? I won’t attempt to answer that heady question here; I will just merely point it out as an observation and a theme that is apparently explored in this film. As we become more dependent on technology and turn into a species constantly looking DOWN instead of UP, indeed our smartphones and various other devices seem to have taken the place of tangible human companionship. In a few years, voice control technology will likely evolve to the point of sounding like actual people instead of the stilted robotic tones of Siri. And then what? Maybe Her is an ominous gaze toward our future…?

Wow, pretty intense stuff. Whatever Jonze’s message might be, this most certainly looks like a great FILM, anyway! And it’s definitely nice to see both Joaquin and Rooney Mara playing (semi) normal characters again! Check out the trailer below: