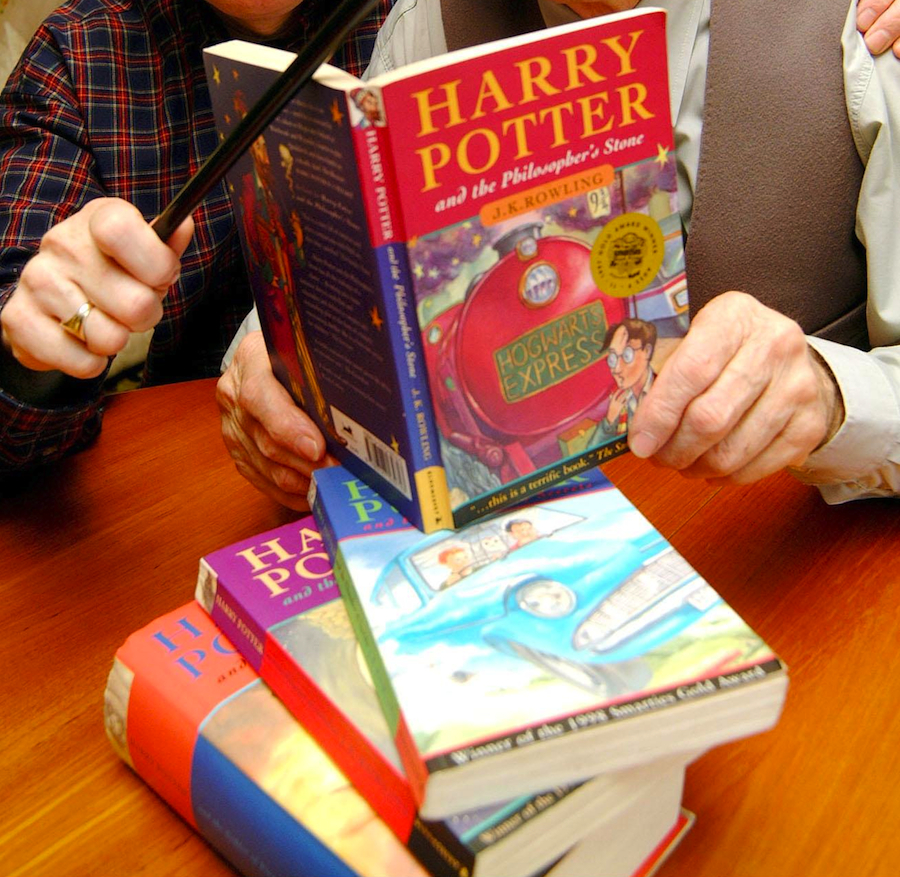 Believe it or not, June 26th, 2017, officially marks the 20th anniversary of the Harry Potter book series -- specifically the release of the first book in the series, Harry Potter and The Sorcerer's Stone (or, Philosopher's Stone, if you're in the U.K.). It is crazy to think that 20 years has already gone by. It seems like just yesterday when we were first learning about that scar on Harry’s forehead, and meeting Ron Weasley and Hermione Granger for the first time. Fans who have literally grown up with the books are celebrating hardcore on this very special day, and if you are as big of a fan as I am, then you will definitely be taking part in a few of these celebrations!
1. Visit Platform 9 ¾
If you are looking for an adventure, or live in London close to the destination, it is a must to visit Platform 9 ¾! It is a great place for a Harry Potter fan to go and take as many pictures as possible to make it look like you are actually running through the brick wall!
2. Visit Wizarding World of Harry Potter
Hit up Universal Studios in either California or Florida to take a step inside the world of Harry Potter. It is an intense and magical feeling walking around Hogwarts, Hogsmeade, Ollivander's Wand Shop, etc. Being able to fly with Harry, Hermione, and Ron is also pretty magical too and definitely a great way to celebrate the 20th anniversary!
3. Make Homemade Butterbeer
Butterbeer is the most amazing thing on the planet, period. If you cannot make it to Wizarding World, then you can definitely create your own Butterbeer right at home. Since it is summer, it would be refreshing to have a nice chilled version of Butterbeer. All you need are a few simple ingredients: 1 quart of vanilla ice cream, ¼ cup of butterscotch syrup, and 32 oz of cream soda. Mix together the ice cream, cream soda, and butterscotch syrup in a blender, top with whipped cream, and enjoy!
4. Take the Celebration to Twitter or Facebook
Twitter released a new emoji whenever you tweet the hashtag #HarryPotter20. Check it out for yourself if you haven’t used it yet! Facebook is celebrating as well -- whenever you type in “Harry Potter” into a Facebook post, there will be a magical surprise waiting! So hop on to social media and exchange your favorite Harry Potter memories with your friends!
5. Harry Potter-Themed Party
For the ambitious -- get yourself a Harry Potter costume and a wand, decorate a Harry Potter-themed cake, and invite all your other Harry Potter-loving friends over to binge-watch the entire series in one sitting! Nothing sounds more like a party than watching Harry Potter movies for 20 hours straight!
Hopefully all of the Harry Potter fans are enjoying this day as much as they should! 20 years has come and gone so fast, and it is only right to celebrate it in the best way possible!
- Nicole Wert, YH Contributing Writer