'Downton Abbey' Movie Is Like Coming Home to Family Again! 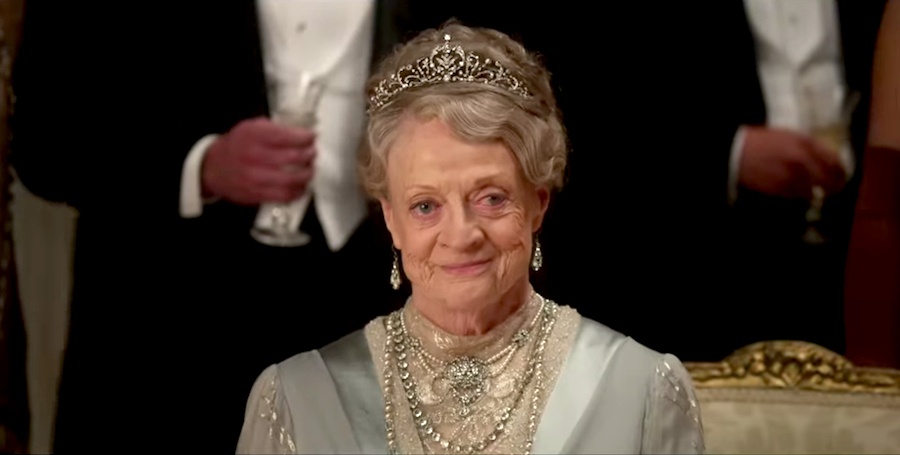 I was fortunate enough to start watching "Downton Abbey" when the series had already finished, which means I binged all 6 seasons within a couple of weeks. The show has everything one could ask for: plot twists, humor, romance, and exquisite fashion. Who doesn’t love the idea of fancy dinner parties in England during the 1920s?

The series gave us a sweet ending, but like every great thing that says goodbye, we always want more. Now our wishes have been granted, and we are all cordially invited into one last dinner party with the highest ranks of royalty: the King and Queen of England!

The movie picks up not long after where the series left off. The characters are a bit older, but not much has changed since we had to say goodbye. Downton is still in the hands of Lady Mary, Edith is happily married, and the staff is still content working for the Crawleys. But there were a few characters whose stories never got a button ending, and my biggest hope was that this movie would finally give it to them. I can safely tell you it does not disappoint!

Like the show, many subplots take place during the royal visit. Some of these include brand new cast members fighting against our favorite group of Downtown workers, Dowager Countess Crawley (Maggie Smith) fighting for an inheritance, and some love connections for those who never had the chance to experience one during the series!

The movie is touching, hilarious, and leaves the door slightly ajar for there to be more adventures in Downton. But if this is the final chapter, then I am one happy fan who can say this movie expands the story without ruining it, which is a tough feat to achieve when something is already so good.

If you haven’t already, you can catch the entire series on Amazon Prime!