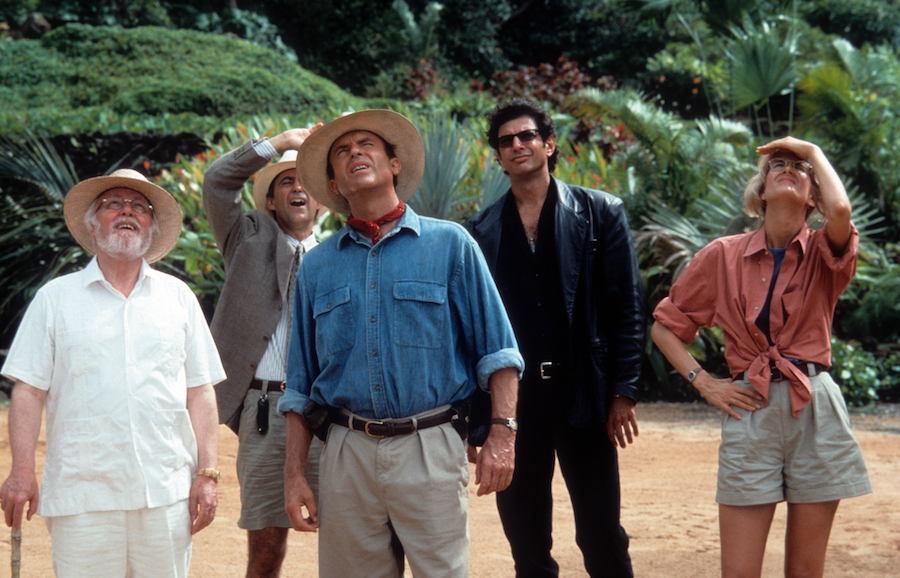 Life finds a way.... Or, at least director Colin Trevorrowdoes.

Laura Dern, Jeff Goldblum, and Sam Neill better brush up on their dinosaur knowledge, because they’re about to go back to Jurassic Park! The trio starred in the classic original 1993 film Jurassic Park and have all signed on to be a part of the third Jurassic Worldmovie.

The original movie, based on the Michael Crichton novel of the same name, revolved around scientist John Hammond’s dream of creating a theme park with actual dinosaurs running about. After a series of unfortunate events, the genetically-modified dinosaurs are set loose and our heroes have to find a way out while also protecting Hammond’s grandchildren, and, of course, trying not to get eaten.

Jeff Goldblum will be back as mathematician Ian Malcolm who, while the scientists were excited, was very skeptical about the idea of the park. Dern will reprise her role as Ellie Sattler, a paleo botanist whose initial enthusiasm turns sour when her partner & beau Dr. Alan Grant goes missing in the park with hungry dinos on the loose. Grant, played by Sam Neill, is a traditional archeologist who is the most excited about the return and also demise of the dinosaurs.

Goldblum has appeared in the sequels, most recently in Jurassic World: Fallen Kingdom, in which he advocated for allowing dinosaurs to naturally go extinct rather than saving them. The three of them, however, have not been on-screen together since the original movie.

News of their reunion was announced on the Jurassic World Instagram page earlier this week accompanied by a picture of the three of them dressed as their characters.

The firstJurassic World movie took place years after the originalJurassic Park, and acted as if the two Jurassic Park sequels, in which the park is destroyed, never even happened. They updated the park and modified the dinosaurs even further to make them more impressive. As if plain dinosaurs wouldn’t be impressive enough...

Of course, everything once again went wrong and the dinosaurs ran wild. At the end of the second Jurassic World film, humans acknowledge that they now live in a Neo-Jurassic time period where humans and dinosaurs must learn to peacefully coexist.

While little is known about the sixth installment of the Jurassic Parkmovie franchise, it has been stated that Dern, Goldbloom, and Neil will have integral roles in the movie. Along with the original cast, Jurassic World will star Chris Pratt as Owen Grady and Bryce Dallas Howard as Claire Dearing.