Carrie Underwood: Through the Years! 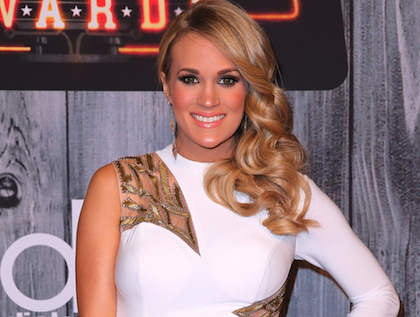 It’s a big year for Carrie, but let’s not forget where she came from!

It’s been ten years (how is that even possible?) since the beauty won "American Idol" back in 2005! She’s accomplished so much since then, so let's look back on her amazing career through her 10 most memorable music videos!

You don’t have to be religious to love this video. It looks at a single mother, a troubled married couple, and an elderly man caring for his ill wife. Talk about intense!

A black-and-white video narrating a relationship going downhill because of alcohol. Powerful lyrics about leaving a toxic relationship and never looking back.

Carrie stands in front of a cheesy green screen and tries out every job from pageant queen to flight attendant. The lyrics are perfect though!

A tearjerker video where Carrie’s real mother is featured, looking at an old album of her daughter after she gets married. Tuggin’ on the heart strings!

A girls trip to Vegas where Carrie doesn’t know a man’s -- and eventually her own -- last name! Classic karaoke song!

The aftermath video of “Last Name”, where Carrie becomes just an overall bad ass after catching her boo cheating. Another go-to karaoke jam!

Wanna revisit the Wizard of Oz? This video will sure take you down memory lane! Dark gray colors and strong winds are featured in this powerful video!

Another tearjerker, where Carrie plays the significant other of a military man who eventually gets killed at war. You watch her wedding dress turn to black as she approaches his funeral. Beyond amazing.

Gosh, I guess I’m trying to make you cry because this is SUCH a good one. It tells us that even though goodbyes can be hard, it doesn’t always mean that they’re forever!

This one always gets me. We tend to get so caught up in our little lives, and this video always brings me back down to Earth.

BONUS: Flashback to when we spent the day with Ms. Underwood as she got ready to sing the National Anthem at Super Bowl XLIV in Miami!

Awww, how nice it was to look back on her classics!