'Toy Story 4' Will Go in a Whole New Direction 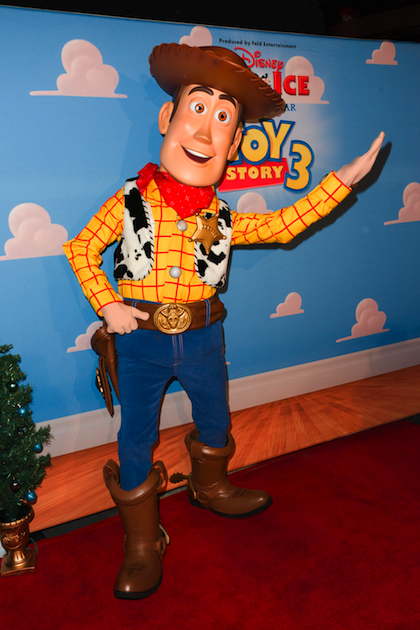 It was just announced that a 4th Toy Story movie will soon be coming to a theatre near you, and if you're thinking, "Wait, didn't they pretty much wrap everything up nice and neat in Toy Story 3?", well, here's the scoop -- recently, the president of Pixar, Jim Morris, granted an interview to Disney Latino which revealed that Toy Story 4 would actually be a romantic comedy and focus very little on the relationship between toys and humans. Hmm. A romantic comedy featuring... toys. To be fair, Rashida Jones is attached to write the script, so if anyone can make it work, it would probably be here..

So, if this is not a continuation of the bromance of Woody and Buzz, then which characters will we be following? The obvious answer to that would be Barbie and Ken, as their tumultuous relationship was a highlight of Toy Story 3. Of course, Pixar will more likely go with all-new (original) characters, but I highly doubt that this latest installment would progress too far without showing us at least a couple of characters that we’ve become familiar with over the years. But putting the characters aside for the moment, let’s talk about the story. A romantic comedy between two toys could be humorous within the confines of the Toy Story plot model. That model, of course, being that toys end up being sent somewhere that they don’t want to be and their journey to get back home. So, maybe the story will be about two star-crossed lovers who find themselves separated by a great distance. Pixar’s president did mention that the relationship between toys and humans would be dialed down in this, but I imagine humans have to play some part in the proceedings. I mean, why make the film about toys if you don’t plan on taking advantage of the toy/human relationship?

Well, at the end of the day, all we can do is play the waiting game until the powers that be decide to bless us with further info. Toy Story 4 is slated to hit theaters June 16, 2017, so we will have plenty of time between now and then to speculate on all of the possibilities. What do you think about another Toy Story movie?