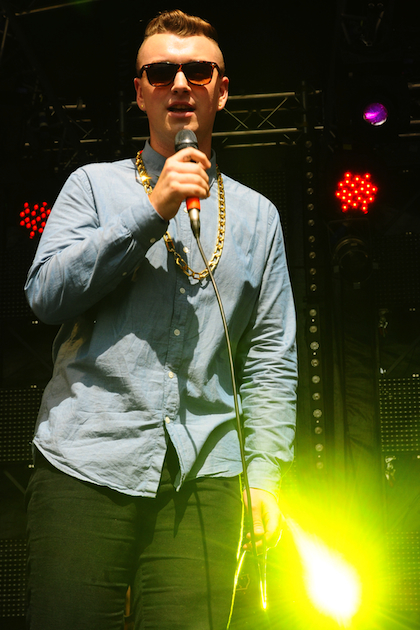 Sam Smith? Sounds like a fake, generic name you make up when when you need an excuse to get out of something.

Well, let me tell you. The Sam Smith that you should know about is a new, up-and-coming British singer/songwriter. At the ripe age of 21, his music career is just starting up. His voice is like a beautiful lullaby, and it sounds great with an upbeat and electronic track. He will be going on tour in Europe in February and March of next year.

Here’s a taste of his music. This is “Nirvana” acoustic:

Check out the music video for his collaboration with Disclosure called “Latch”, which made its way to the U.K. Singles Chart:

Sam Smith has also collaborated on a track with Naughty Boy, and this is the gem that resulted. A great song with an abstract and symbolic music video concept...

If you like what you hear, don’t forget to check out his two latest releases, “I’ve Told You Now” and “Not In That Way”.

Let’s finish up with his song “Lay Me Down”, where he melted my heart. Does his voice kind of remind you of a sultry singer named John Legend? Yeah? A little bit, maybe? With a smidge of JT kick mixed in there? I’m expecting big things from Sam Smith, so keep an ear out for him!