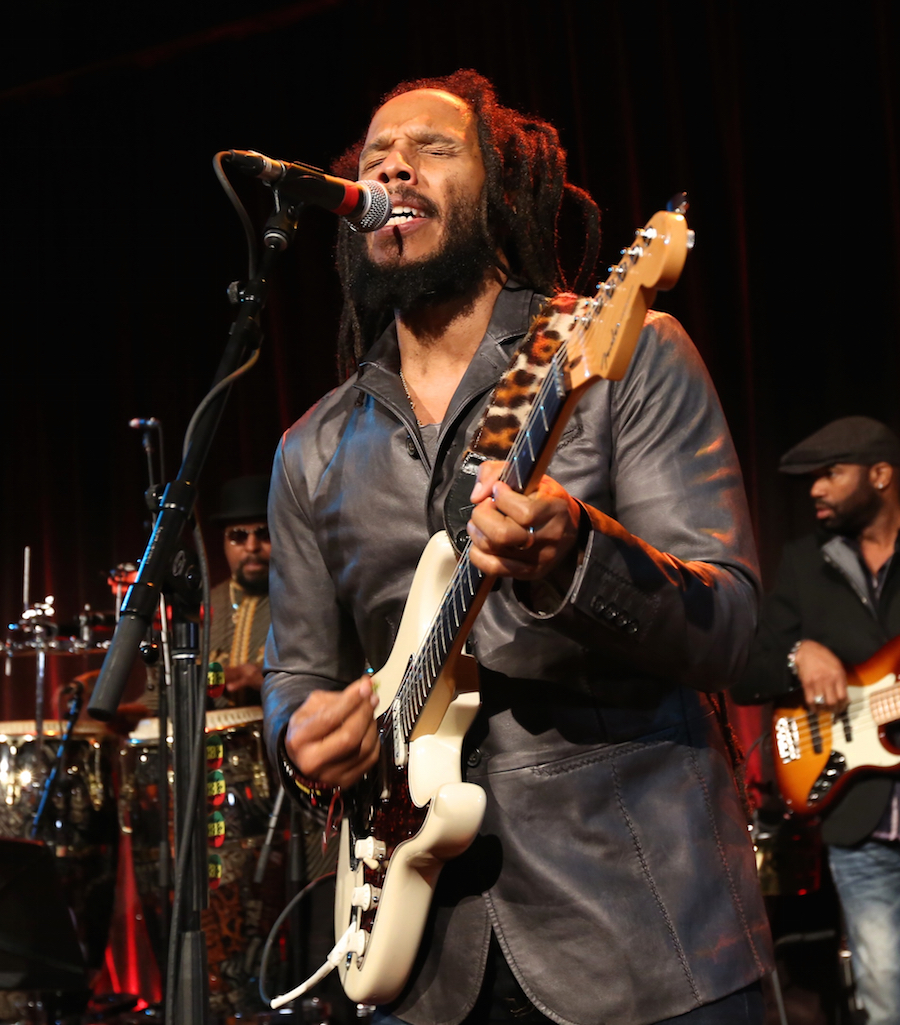 Ziggy Marley definitely inherited some great musical talents from someone many of us know -- wink wink.

In the '80s, he was tearing up the scene with his band Ziggy Marley and the Melody Makers, which released 10 studio albums over the course of 15 years. Talk about building credibility! In 2003, he released his first solo album, Dragonfly, and went on to release 4 more albums. He has also helped an array of different charities through music, such as the Pediatric AIDS Foundation.

He has also made guest appearances on television shows and recorded songs for movie soundtracks, such as the popular track “Drive”, which was featured in the Adam Sandler film 50 First Dates. He also appeared on Cody Simpson’s single, “Love”.

Music isn't the only medium where Ziggy is making waves either; he also recently put out his own superhero comic book, entitled (appropriately enough) MarijuanaMan! He told us all about it and the advice given to him by his iconic father, Bob Marley:

I mean, at this point, what can’t this guy do?

He has a busy 2016 ahead of himself too. If you haven’t heard, he is releasing a new self-titled album out on May 20, making this solo album number. His first single off the album, “Weekends Long”, premiered on “Hawaii Five-0” and has a nice island vibe to it that really captures reggae music.

Ziggy is alsoheading out on a tour across the states starting on May 27. You don’t want to miss this!