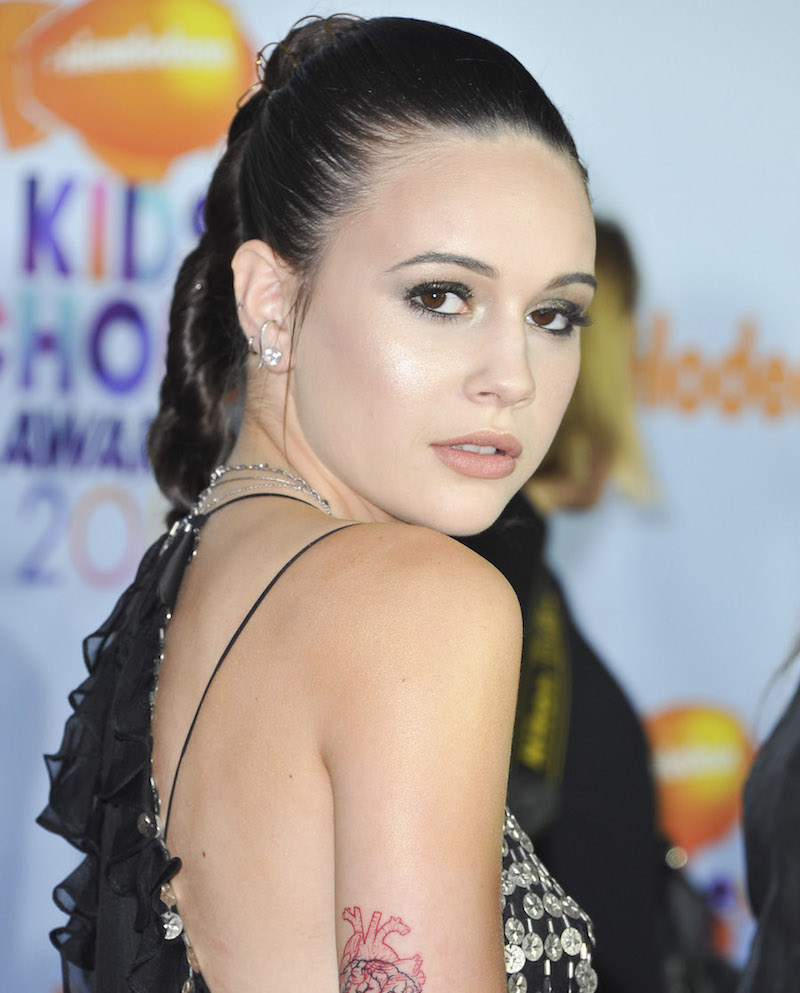 18-year-old Bea Miller is a singer-songwriter with a soulful indie voice and a rocking individuality that sets her apart in the competitive world of pop music. The New Jersey native has been on the music scene since 2012 when she appeared on the hit show "The X Factor", finishing in ninth place. Today, she is quickly becoming a rising music star, and we are eagerly awaiting her transformation to superstardom!

Miller’s debut EP Young Blood was released in 2014, and a year later, she released her debut album Not An Apology (at the impressive age of 16), featuring her hit songs "Fire N Gold" and "Young Blood". Bringing her own edge and teen angst to pop music, she is this generation’s Avril Lavigne. Her anthem "Young Blood" is all about being young and living life; a simple message, but a compelling, feel-good song to blast in your car with your friends.

She encourages individuality and having a voice even at such a young age. Her song "We’re Taking Over" promotes embracing your differences, a touching love letter to all underdogs. Demi Lovato, whom Miller happened to open for on tour, wrote the song for her album. Miller has also been the opening act on past Fifth Harmony and Selena Gomez tours.

Now, two years since her album’s initial release, Miller has dropped a new EP titled Chapter One: Blue. The extended play is part of a project that will be released in three chapters over the course of this year. The first chapter features three new tracks, with "Song Like You" being the first single from the EP. Her sound is a little more mature than some of her previous work, but it’s a natural progression that young artists make as they grow and tweak their vibe. The song is an emotional ballad about being with someone who’s ultimately toxic for you. The acoustic version on her YouTube channel is especially captivating and worth checking out. It’s an extremely honest track, which Miller has said is her music’s main focus. Being fun is great, but honesty is relatable.

Miller has always been popular but just bubbling under the surface of mainstream acclamation. At such a young age, she has plenty of time to move upwards in the music industry, and with this high-quality pop music that she keeps releasing, her time in the spotlight is fast approaching. We can’t wait to see what else is in store for this rising star.

Chapter Two: Red will drop in May of this year, and Chapter Three: Yellow in August.

In the meantime, check out when we caught up with Bea at the Teen Choice Awards below!