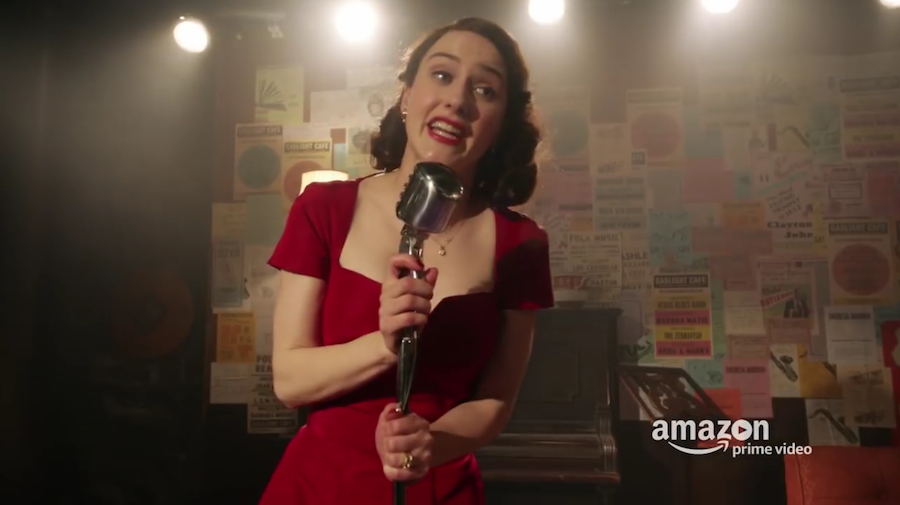 "The Marvelous Mrs. Maisel" first shot onto our radar when the pilot was released back in March by Amazon to rave reviews, after which it was quickly picked up for two seasons. Since then, we have had to wait these many months to watch the entire season. The anticipation has been building and the world has been waiting on what appears to be a very fresh new show. Now, finally, the wait is over, as the series is available to stream on Amazon starting today!

The series was created by Amy Sherman-Palladino, who honestly doesn’t need an introduction, as she is the creative force behind the one-of-a-kind "Gilmore Girls".

The plot follows a young uptown jewish bride, Miriam “Midge” Maisel (played by Rachel Brosnahan, whom you no doubt remember from "House of Cards"), who appears to want for nothing. She has a nice home, a seemingly caring businessman husband (who moonlights as a comedian), and an overall exquisite life. However, she is unfulfilled, and when her life comes apart at the seams, she stumbles into the world of West Village stand-up comedy. However, this is the late-1950s, and comedy, like so many sectors of the time, is a boys-only club.

Nonetheless, Midge is a natural with her routines, receiving roaring applause. With the guidance of comedy club employee Susie (played by Sherman-Palladino veteran and voice of Lois in "Family Guy", Alex Borstein), Midge is able to refine her act, and overcome obstacles on all sides, to take her to the big leagues.

The show seems like it will be a hit because it touches on an area that hasn’t received much attention -- trailblazing female comics; the Joan Riverses of this world who paved the way for present-day comedians like the incredible Amy Schumer, Chelsea Handler, and Sarah Silverman.

It’s time to address the history and it looks like Amazon Studios is doing just that!