All The New TV Shows You Should Be Watching (According To The Golden Globes)! 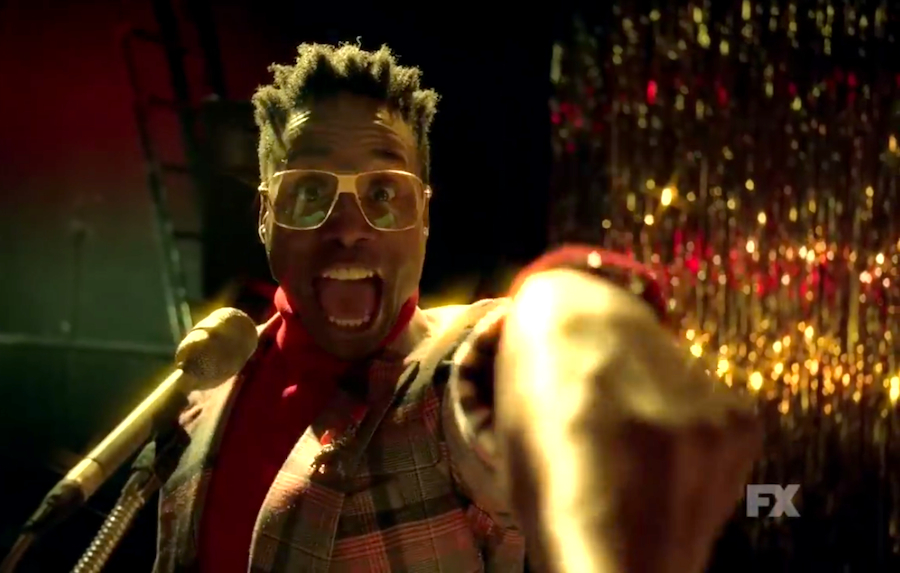 So, the Golden Globes happened this past Sunday and it was shocking to say the least. With most of our favorite HBO and Netflix shows not releasing new seasons this year (I’m looking at you, "Game of Thrones" and "Stranger Things"), the TV categories were left wide open for some newcomers. And let me tell you, there were a whole lot of them. As someone who is known for having seen every TV show, I am embarrassed to admit that I knew basically none of the nominees this year, and I don’t think I was the only one confused. Alas, I decided to make a list and break down all of the new names that have been getting big recognition this year -- let’s hope you have some spare time, because we have of catching up to do. Here are (most) of the shows we should apparently be watching:

Netflix keeps pushing this one on me and maybe it’s time I took notice because the award shows certainly did. Michael Douglas stars as Sandy Kominsky, an aging actor who briefly flirted with fame and is now a revered Hollywood acting coach. Together with his long-time agent Norman Newlander (Alan Arkin), the two friends maneuver getting older in the City of Angels, where youth and beauty rule above all else.

TBH I’m a bit embarrassed I haven’t watched this yet, but with 364 seasons of "Grey’s Anatomy" to keep up with, sometimes good things get left behind. "Killing Eve" could be just the thing to wean me off my "Grey’s" addiction, because our queen Sandra Oh is the star of the show! Oh plays Eve, a low-level MI5 (the U.K.’s version of the FBI) employee, tired of working the desk and dreaming of being a full-fledged spy. At the same time, Villanelle (Jodie Comer), a ruthless assassin, is living a life of luxury afforded by her violent tendencies. When Eve connects a string of murders throughout Europe to Villanelle, the two begin an obsessive and deadly game of cat and mouse. I shall begin binging tonight.

Where does Ryan Murphy find the time to make all of the shows? I hope he’s donating his brain to science when he goes. "Pose" made an iconic splash when it hit TV screens last year, and it doesn’t show any signs of stopping. Set in the 1980s, "Pose" deep-dives into ball culture and New York’s downtown drag scene. Kate Mara and Evan Peters are a New Jersey couple who get seduced by the glamour of the city and the fascination of the balls and bring us with them, but the real stars of the show are its diverse cast of PoC, LGBT, and trans actors, like the stunning Indya Moore and Globes nominee Billy Porter. It has a near-perfect score on Rotten Tomatoes so you really can’t go wrong.

Honestly, I think this show should be getting a lot more attention even if just for the fact that it’s Julia Roberts's TV debut! Adapted from a podcast, "Homecoming" is about Heidi Bergman (Roberts), a caseworker at a facility that helps soldiers transition back into civilian life. Cut to 4 years later, Heidi is now living with her mother and working as a waitress, but her simple life is interrupted when a Department of Defense auditor comes to town asking questions about a part of her life that Heidi has no memory of. What really happened at Homecoming Transitional Support Center? Spooky!!!!

Jim Carrey’s face makes me happy. On another note, "Kidding" follows the life of Jeff Piccirillo (Carrey), who is the host of a long-running and popular children’s TV show. But behind his joyful on-screen persona, Jeff is struggling with the death of his son, his separation from his wife, and a battle with the producer of his show… who also happens to be his father. Things are not sounding so great for Jeff at he moment. "Kidding" is getting a ton of buzz and marks another movie star who’s made the switch to television, keep ‘em coming!

This is the wild true story of two convicted murderers who escaped a maximum-security prison in upstate New York and the massive manhunt that ensued. Back in 2015, inmates Richard Matt (Benicio Del Toro) and David Sweat (Paul Dano) both became romantically entangled with married prison employee Tilly Mitchell (Patricia Arquette). Together, the 3 of them plotted Matt and Sweat’s escape from prison, and from there s**t really hits the fan. It’s like a real-life "Prison Break" and I loved "Prison Break" so I feel like maybe we should watch, ya know?

I legitimately had never once heard of this before the Globes, but it has 97% on Rotten Tomatoes and Hugh Grant, so here we are. "A Very English Scandal" is about Jeremy Thorpe (Grant), who was the leader of the Britain’s Liberal Party in the 1960s and hiding a very big secret. At the time, homosexuality was illegal, and Thorpe was having an illicit affair with younger man Norman Scott (Ben Whishaw). When Scott threatens to expose their affair to the world, Thorpe must scramble to come up with a plan, and of course, things get very messy.

There are few things that I love more than Bill Hader, and this is him at his best. Please prepare yourself for this synopsis: Barry (Hader) is a lonely, low-rate hitman from the Midwest who travels to L.A. to take out a hit on an aspiring actor. When he follows his mark to an acting class, Barry unexpectedly ends up finding his passion in acting and a community of fellow hopefuls that accept him as one of their own. He decides to try and start a new life as an actor but quickly discovers that it won’t be easy to walk away from his criminal past. I couldn’t make this stuff up if I tried, so thank god for Bill Hader.

This one really isn’t new, but its final season has been getting all of the awards, so I figure it might be time for us to pay attention. "The Americans" is about two Russian spies, Philip (Matthew Rhys) and Elizabeth Jennings (Keri Russell), who pose as an American couple in suburban Washington, D.C. in the 1980s. There’s spy stuff, romance stuff, lots of wigs, and a ton of past award nominations with nothing to show for it... until now. Add it to the list!

So, now that I’ve sufficiently overwhelmed you with new shows, I think I’ll bring this to an end. I’m starting with "Killing Eve", where will you start?