The 7 Biggest Surprises at the 76th Annual Golden Globes! 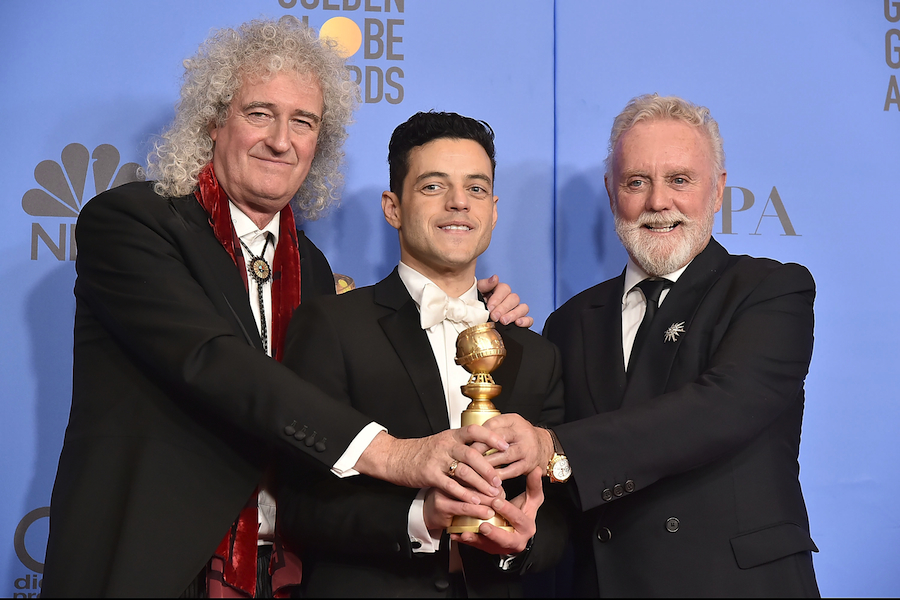 If you’re like me, then you might have woken up this morning with a slight case of whiplash after watching last night’s Golden Globes. Almost nothing went according to plan, what’s up is down, what’s black is white, and life doesn’t make sense anymore.

Not to say all of this is a BAD thing. Nothing is more exciting than a major awards show that takes me completely by surprise, and boy were there plenty of surprises!

Let’s break down some of the major categories and their unexpected outcomes:

No time for losers, for the Queen biopic was the Champion… of The Woooorld! For months after, and even before, A Star Is Born was released, if the trade papers were anything to go by, it was a shoe-in for every major award come Awards Season. Bradley Cooper’s Masterpiece. Lady Gaga’s Acting Triumph. All other contestants need not apply. Well, as we were to find out last night, that was not the case as far as the Hollywood Foreign Press Association was concerned. Bohemian Rhapsody beat out all others, including Vice, which boasted the most nominations of the night. This came as surprise mostly because many, if not most, critics seemed to agree that the strength of the film was on Rami Malek’s performance alone, but the movie as a whole was just… so-so.

Not quite so surprising, then, that Malek himself won Best Actor in a Drama Film for his astounding turn as Freddie Mercury. Also not surprising because, as I have stated numerous times around here, Hollywood is a sucker for a good cosplay. (Exhibit B: Christian Bale winning Best Actor in a Comedy/Musical for his role as Dick Cheney in Vice.)

And just like that, out of nowhere, the veteran actress snatched Gaga’s Globe AND our collective wigs! Gaga was far and away the favorite in this category – they even had her seated right in front of the stage, for crying out loud – but to everybody’s shock (including Glenn’s), the seasoned actress reigned supreme for her role in the movie The Wife, which I never even heard of until the nominations were released. And I have to say, I love it when actors of her caliber and longevity can still be so excited and humbled by winning major awards.

Also, it just so happens that Ms. Close has never won an Oscar, despite being nominated 6 times. Assuming she receives a nomination this year, could her ship finally be coming in?

Okay maybe this wasn’t that much of a surprise, but I figured that “All The Stars” from Black Panther had this locked (incidentally, the movie was shut out from all 3 nominations it received). But given A Star Is Born’s failure to collect hardware in every other category it was up for, this turned out to be the big Gaga Moment™ everyone was waiting for.

The unlikely winner in this category had some stiff competition from the heavy-hitting Vice, as well as the runaway hit Crazy Rich Asians, the sleeper fave The Favourite, and the only actual musical in this category, Mary Poppins Returns. Some are even arguing as to whether or not Green Book can actually be categorized as a “comedy”, but either way, the film has shown itself to be a major contender for the Oscars!

Everyone expected either (a) “The Marvelous Mrs. Maisel” to continue its award show dominance, which began at last year’s Globes, or (b) Bill Hader’s surprise hit “Barry” to pull off the upset, but leave it to Netflix to tell them all to go home with their sleeper rookie series starring Hollywood elders Michael Douglas (who also won Best Actor) and Alan Arkin. Maybe not too surprising, though, when one considers that the only thing Hollywood loves more than cosplay is a story about itself...

He’s come a long way from being King In The North! Given the sudden emergence of the long-running “The Americans” as an actual contender as of late – and its actual win as Best TV Drama last night – we all figured Matthew Rhys had this one locked. I was personally rooting for “Pose” star Billy Porter. Then out of nowhere comes Richard Madden as the winner, for his U.K. show “Bodyguard”, which only recently hit Netflix and became somewhat of a sensation. Madden, whose stint on “Game of Thrones” never exactly drew major accolades for his performance as Robb Stark, has proven that he’s got legit chops and will no longer take a backseat to Jon Snow!

Again, as with the Best Actor category, we all figured this was either Keri Russell’s year finally, or Elisabeth Moss would come out on top again. But instead, the HFPA showed some GUTS by electing the show’s co-host for her much-lauded role in BBC America’s “Killing Eve”.

So yeah, this year’s Oscars are going to be hella interesting! Stay tuned!