All The Christmas Rom-Coms to Look Forward To This Holiday Season! 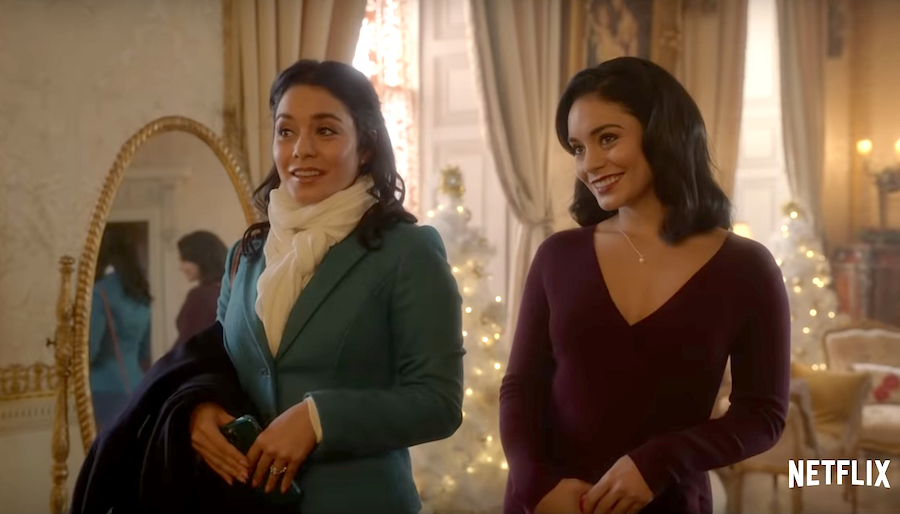 Christmas is once again sneaking up on us at record speed, so no excuse not to be prepared. Things are obviously going to look pretty different when it comes to the holiday this year, but there’s one thing we can always count on: new Christmas movies.

And this year, it appears we’ll be getting a whole sleigh-full of gems. Here are the ones we’re most excited for!

If there’s a weird upside to Christmas gatherings being more restricted this year, it’s that you don’t need to worry about your family pestering you about having a boo, or needing to line up a date for your work Christmas party! But eventually, those will be things we need to face once more. Luckily, we haveHolidate, which appears to be a field guide to surviving Christmas while single.

StarringEmma Roberts, Luke Bracey, and a whole slew of recognizable faces, the movie follows Roberts’s Sloane, who makes a pact with a random, naturally very swoon-worthy stranger named Jackson. To avoid the scrutiny of being single during the holidays, they agree to be each other's "holidate" for every major occasion throughout the entire year, vowing that neither of them will become romantically invested. We all see where this is going, right? It’s going to be exactly what we need. And extra luckily, we don’t have to wait until Christmas for it!

The sequel will tell of the story of how “Duchess Margaret unexpectedly inherits the throne & hits a rough patch with Kevin, so it’s up to Stacy to save the day before a new lookalike — party girl Fiona — foils their plans.” The official trailer just dropped this morning; check it out below!

There are a lot of stacked casts in the world. But Happiest Seasonmight just have the most stacked cast for a holiday film this year. Starring Kristen Stewart, Mackenzie Davis, Dan Levy, Aubrey Plaza, Mary Steenburgen, Alison Brie, Victor Garber, AND Ana Gasteyer, this movie truly seems poised to bring joy to the world.

Happiest Season follows a woman named Abby (Stewart), who plans to propose to her girlfriend, Harper (Davis), at Harper's family holiday party. But it turns out Harper hasn’t come out to her conservative family. The movie is set to release on November 25, exactly one month before Christmas.

Listen, it’s basically impossible to choose just ONE Hallmark Christmas movie to look forward to. They’re releasing 40 new ones just this year. So really, sign us up for all of them. That said, if we absolutely HAD to wait for just one, it’s probably Christmas Carnival, set to premiere on December 13. Why this one? Well, it hasTamera Mowry-Housley, Antonio Cupo, and time travel. It’s the perfect Christmas rom-com recipe.

According to the official synopsis, “Emily (Mowry-Housley) is a top newscaster who has achieved her career dreams but still has regrets about the guy (Xavier) who got away five years earlier. When the Christmas carnival comes to town, a ride around the carousel takes her magically back in time to the carnival five years before... giving her a second chance at love before she must return to Christmas present.”

Keep your eyes peeled for a trailer!

5. Christmas Setup (December 12 on Lifetime)
Like Hallmark, Lifetime has a huge slate of Christmas romances dropping this year. But there’s one in particular that’s already rising to the top in terms of anticipation. It’s been a long road, but this year it’s happening – Lifetime is premiering its first ever Christmas movie focused on an LGBTQ+ romance. The movie’s called The Christmas Setup, and it’s about a New York lawyer with a meddling mother who uses the holidays to flex her matchmaking skills, setting him up with his high school crush. Much as we may want to forget high school, those high school crushes always make for GREAT movies.
Stay tuned for the first trailer!
Which movie are YOU most looking forward to?!