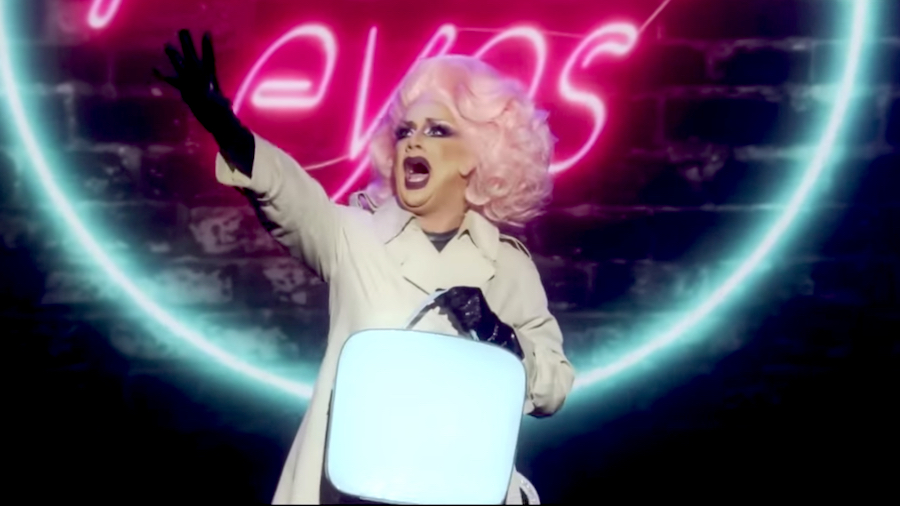 While AJ McLean might be known for his singing, dancing, and acting abilities, he can now add "drag queen" to his resume.

After competing in Season 2 of "RuPaul’s Secret Celebrity Drag Race", Backstreet Boys member AJ McLean won the crown during the season finale last week! McLean’s drag persona, Poppy Love, captivated audiences right from Episode 1 with his lip sync of Alanis Morissette’s “You Oughta Know”. His performance won him the very first challenge of the season! Not bad for his first time in drag.

Poppy Love continued that winning streak straight into the next episode with her performance of “Show Me How You Burlesque” by Christina Aguilera. It became clear right away that AJ's history as a boy bander was really coming in handy for this competition, allowing him to pick up dance moves easily and engage with the eager audience.

Although Poppy Love might just have been “safe” for the next4 weeks, there was nothing safe about the performances she gave! Just take a look at her duet with "Drag Race" legend Morgan McMichaels.

Poppy Love managed to get through the entire season without having to lip sync for her life… until the episode before the finale. The stakes were high, yet she managed to pull off an incredible victory against Chic-Li-Fay (AKA "Glee" star Kevin McHale).

Poppy Love finally took home the crown in Episode 7 with her sickeningly hilarious take on The Divinyls’ “I Touch Myself”.

Could this be the start of a new chapter in AJ's career?! Time will tell...