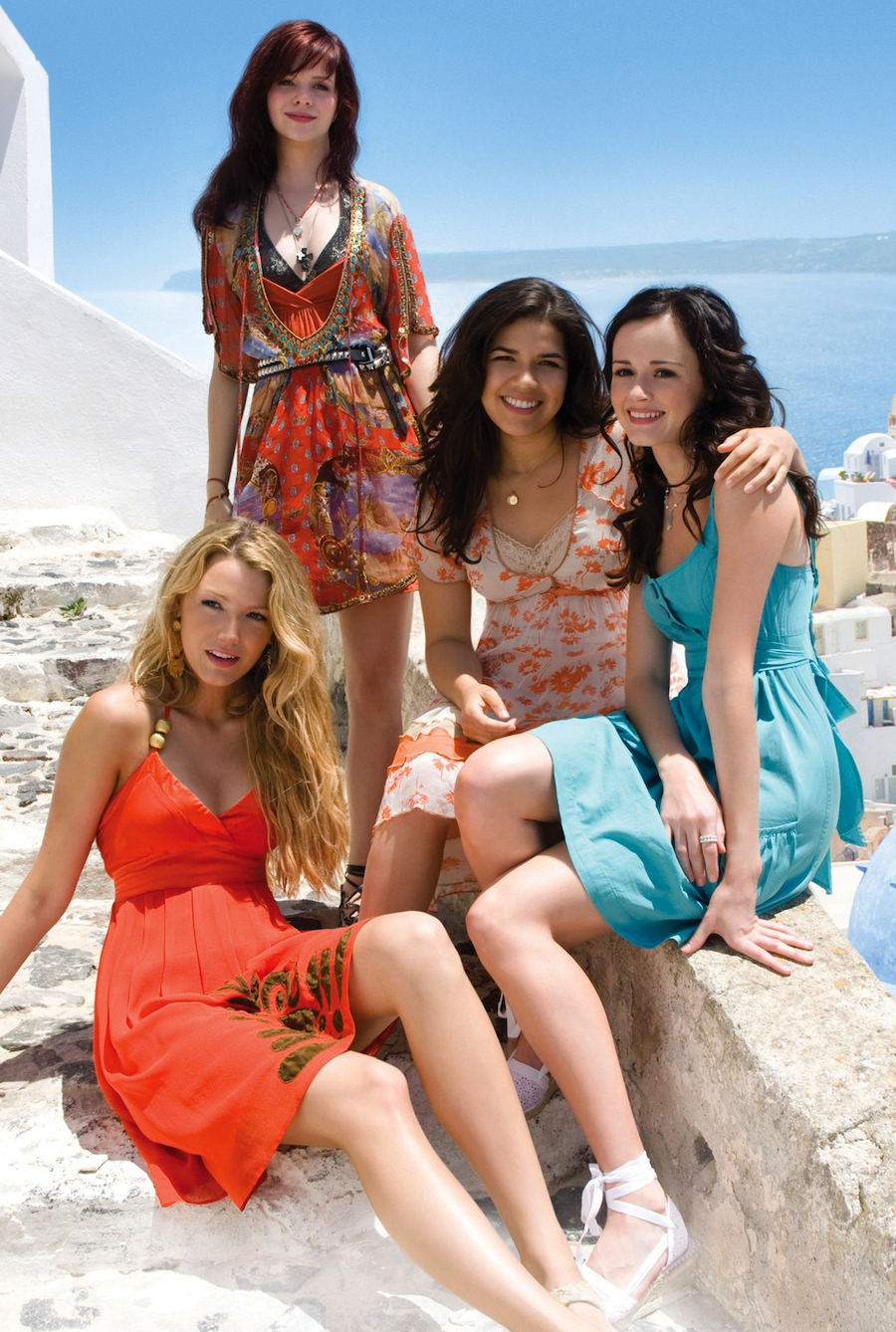 Strong females -- may we know, may we love them, and may we watch them in amazing movies with goal-worthy friendships. These movies feature compelling storylines coupled with supportive female friendships. Perfect for a quality girl’s night in or a solo Sunday movie marathon, you are going to want to add them to your watch list immediately.

Sisterhood of The Traveling Pants (2005)

Perhaps the ultimate female friendship-centric movie, Sisterhood of the Traveling Pants secures its position at the top of the list. This movie features four diverse young women who love and encourage each other. However, the movie also features magic pants, which in and of itself is an intriguing movie concept. Centered on a summer filled with important moments of growth for all the women, they use the mystical pants to stay connected.

The movie may start out with a somewhat half-hearted Anna Kendrick begrudgingly joining the a cappella group The Barden Bellas, but by the end she is a full-hearted and full-fledged Bella. The group is composed of various loveable weirdos and outcasts, and together they form a successful singing group with real friendships and great dance moves. The movie is both hilarious and heartwarming. It’s success even warranted a second movie and an upcoming third installment that they recently finished filming.

On a mission to make their high school classmates jealous, Romy and Michele concoct the perfect scheme from their small Los Angeles apartment. Equipped with businesswoman outfits and a not-so well-thought-out backstory, they attend their 10-year high school reunion and hilarity ensues. Eventually, they realize how much their friendship matters, and how the opinions of others do not. They follow their dreams and prove they are the ultimate friendship (and fashion!) goals.

I wouldn’t recommend watching this movie without a slew of tissues within arm’s reach, because this movie is extremely emotional. Without giving it away, this classic movie centers on a decades-long friendship between two women with completely opposing lives and upbringings. It’s filled with laughs, dreams, and, of course, hardships. You will see you and your best friend in the main characters' moments, and that’s why the ending brings the feels so hard.

Brought back together by the tragic passing of their college best friend, three ladies reconnect and learn they share a single commonality -- all of their marriages have failed due to the influence of a younger woman. This discovery leads to the formation of the First Wives Club. There’s a dance number, hilarious scheming, and a touching ending — everything a perfect sisterhood movie needs. This film will forever go down as a '90s classic and the perfect girl’s night movie.

An inverted rom-com of sorts, How to Be Single is about dating and relationships, but at the heart of the movie is the power of friendships and the beauty of living a fun, fulfilling life with your friends, even if you’re not in a relationship. This is one of the few movies where the ending doesn’t feature a woman living happily ever after with a man, but rather living happily in the moment with friends. The happy ending centers on a sweet moment with two best friends instead of a couple riding off into the sunset. It’s empowering and hilarious, but how can it not be with Rebel Wilson in a starring role?

It’s impossible to have a list about movies with amazing female friendships without including this iconic movie. Featuring the hilarious SNL alums Maya Rudolph and Kristen Wiig, this movie is one of the most relatable in its depictions of female friendships. The characters may fight, disagree, and even destroy giant cookies at Paris-themed bridal showers, but in the end they are still best friends who sing along to Wilson Phillips — that’s love, that’s friendship.

Grab a cup of coffee and your bestie and let the movie marathon begin!