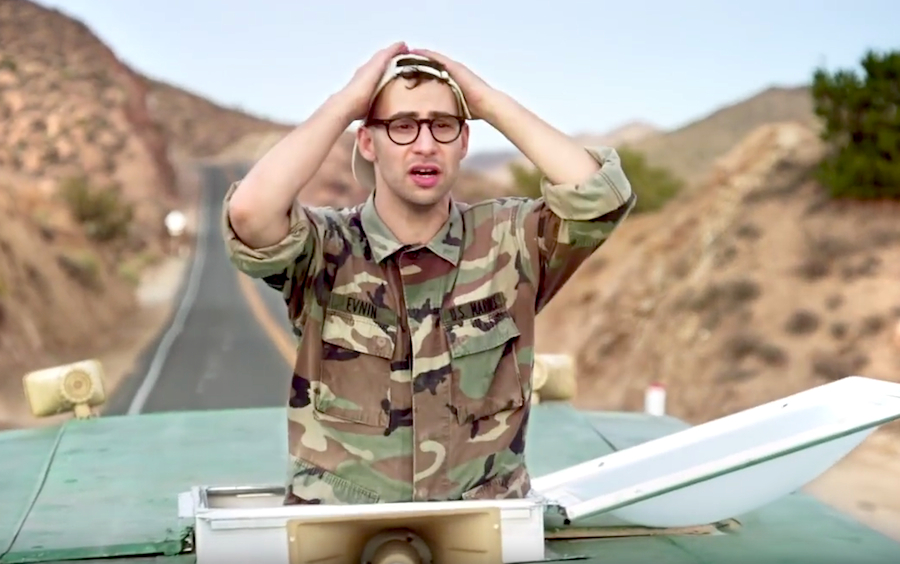 Not too long ago, we knew Jack Antonoff as the lead guitarist in the hit band fun., but now, we’ve come to know him as so much more. Aside from creating the solo project, Bleachers, which brought us hits like, "I Wanna Get Better and Rollercoaster", he also is an accomplished songwriter, producer, and composer. He has co-written songs with Sara Bareilles and Lorde, as well as co-produced the massively popular 1989 album with Taylor Swift; the two are frequent musical collaborators.

Although fun. was where Antonoff first achieved mainstream success, it wasn’t his first musical venture. In 2002, he was the lead singer of a band called Steel Train. Upon meeting Nate Ruess and Andrew Dost while touring, the trio eventually formed the band fun. in 2008. The band’s hit songs “We Are Young” and “Some Nights” from their second album were co-written by Antonoff.

In 2014, Antonoff revealed his plans for his first solo music venture, Bleachers. Antonoff, in various hotel rooms, wrote the compilation of music during fun.’s world tour. The debut album was titled Strange Desire, and the first single, "I Wanna Get Better", proved to be a huge success. The indie/pop/rock track was a bonafide hit among critics and fans alike. The lyrics were desperate and raw, with a cheery and energetic beat -- a combination which proved to be golden and a Bleachers signature.

Fun fact: the music video was directed by Lena Dunham, creator and star of the HBO series "Girls" and Antonoff’s long-term girlfriend.

Now, in 2017, Bleachers is on the verge of releasing a second studio album, titled Gone Now, set to debut on June 2, 2017, with a high likelihood of being the soundtrack to your summer. For those wanting a preview of the newest release, you are in luck — two singles have already been released from the album as well as a track listing of the song’s titles. The first single, "Don’t Take the Money", is a synthpop-infused track heavily influenced by Antonoff’s relationship with Dunham, and is ultimately about being in a relationship that is too strong to be extinguished. The phrase “don’t take the money” is Antonoff's own personal mantra about following your gut instincts. The song also features a songwriting credit and background vocals from the majorly talented Lorde.

The second single is titled "Hate That You Know Me". Hopefully in what is a pattern of things to come, this track also features background vocals from another famous songstress, Carly Rae Jepsen. This song is another energetic track with piercing lyrics about feeling known by someone in a way that pushes you out of your comfort zone. This track and "Don’t Take The Money" have us eagerly and not-so-patiently awaiting the album’s upcoming summer release.

You can preorder the album, Gone Now, on iTunes.