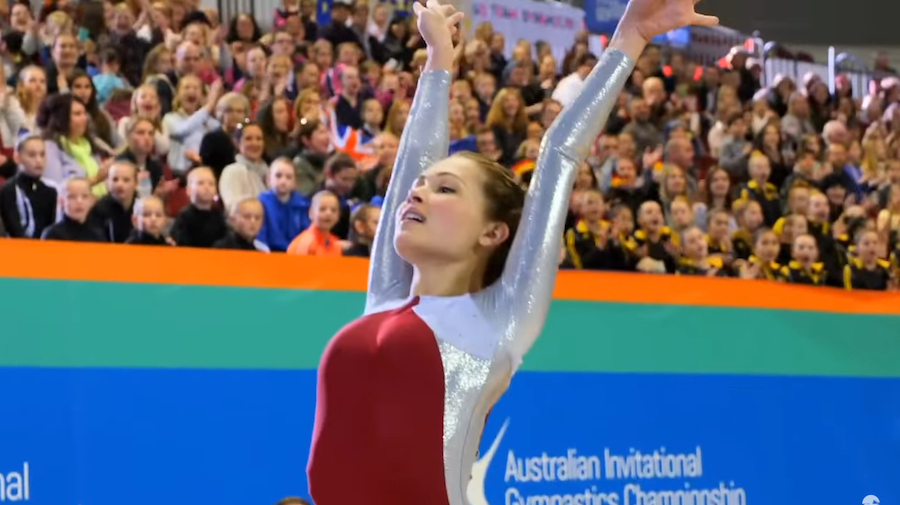 September 19th marks National Gymnastics Day! As a sport that involves balance, strength, flexibility, agility, endurance, and control, gymnasts are powerful yet graceful at the same time. Over the years, we have seen so many talented gymnasts cross the Olympic platform: Simone Biles,Gabby Douglas,Shannon Miller, Shawn Johnson,Laurie Hernandez, just to name a few. After taking the Olympic stage, many of these young men and women became household names and role models to many girls and boys, regardless of whether they are gymnasts themselves.

With the unfortunate postponement of this year’s Summer 2020 Olympics in Tokyo, and in honor of National Gymnastics Day, spend September 19th streaming everyone’s favorite gymnastics TV shows and movies. Here are 5 suggestions!

"Make It or Break It" is a family comedy/drama seried that focused on a group of teens who train at the elite-level gymnastics gym “The Rock” in Boulder, Colorado, with hopes of making it to and winning gold at the 2012 Summer Olympics, and the competition is brutal. Created by Holly Sorenson, the show first aired back in 2009 on ABC Family and was sadly only around for 3 seasons. "Make It or Break It" starred Ayla Kell,Josie Loren, Cassie Scerbo, andChelsea Hobbs. Many of the gymnasts at “The Rock” have been training together for years, and the tight-knit group of girls are not too thrilled when newcomer Emily, played by Hobbs, joins the team and outscores many of them at their first competition. However, there is a thin line between friends and frenemies, and this show is full of friendship drama, heartbreak, broken bones, and family drama to last you until next year’s National Gymnastics Day.

Available to stream on the Freeform App or Hulu.

Raising the Bar is a 2016 movie about a teenage girl who gives up her spot in an elite U.S. gymnastics training program when her family moves to Australia. Once getting to Australia, Kelly (Kelli Berglund), swears of gymnastics, but is drawn back in in order to help a new friend compete. Getting back into gymnastics, helps Kelly to regain her confidence and her love of gymnastics that she thought she had left behind in America. The movie focuses not only on Kelly’s gymnastics journey but also on topics of bullying, specifically cyberbullying, the pressure of gymnastics and other competitive sports, and rivalry within the sport.

Available to stream on Netflix and Amazon Prime.

The Gabby Douglas Story follows the childhood and early years of competitive gymnastics star and the first African-American to become the Olympic individual All-Around Champion, Gabby Douglas. From a very young age, Douglas began to show the signs of a future Olympic gymnast. She won numerous state titles and championships and began to build a name for herself within the gymnastics circuit from the age of eight. Follow the story of Gabby Douglas through this biopic where you can learn not only of her gymnastics challenges but also the other barriers and obstacles she was forced to face before making it to the top of the Olympic podium.

Stick It is a 2006 comedy/drama family film starring Jeff Bridges, Missy Peregrym, andVanessa Lengies that follows the story of 17-year-old Haley Graham, a rebellious teen who is arrested after trespassing with some friends into a construction site in Plano, Texas. After pleading her case in front of a judge, she is forced to return to the competitive and regimented world of gymnastics. Just one year prior, Haley was known as one of the most talented up-and-coming gymnasts in the U.S. until she walked out of a gymnastics competition and cost the team a gold medal. Make sure to check out Stick It to see if Haley’s sentencing back to gymnastics was fate or rather a mistake and if Haley ends up sticking it through the competitive season and falling back in love with gymnastics.

The Simone Biles Story: Courage to Soar is based on Simone’s book Courage to Soar: A Body in Motion, A Life in Balanceand follows Biles’s life, played by Jeanté Godlock, as a young gymnastics prodigy whose life was forever changed when she entered the world of gymnastics at the age of six. Standing by her side were both her parents as well as her younger sister, who supported her throughout her entire journey, her sacrifices, hard work, and helped her overcome all of the obstacles that she was forced to face in order to win 19 Olympic Medals.

Whether you are a gymnast yourself, or just an lover of the sport, you can find joy, drama, romance, sadness, and of course gymnastics in one of these TV shows or films. So, if you want to celebrate National Gymnastics Day the right way, begin streaming your favorite gymnastics shows and movies now!