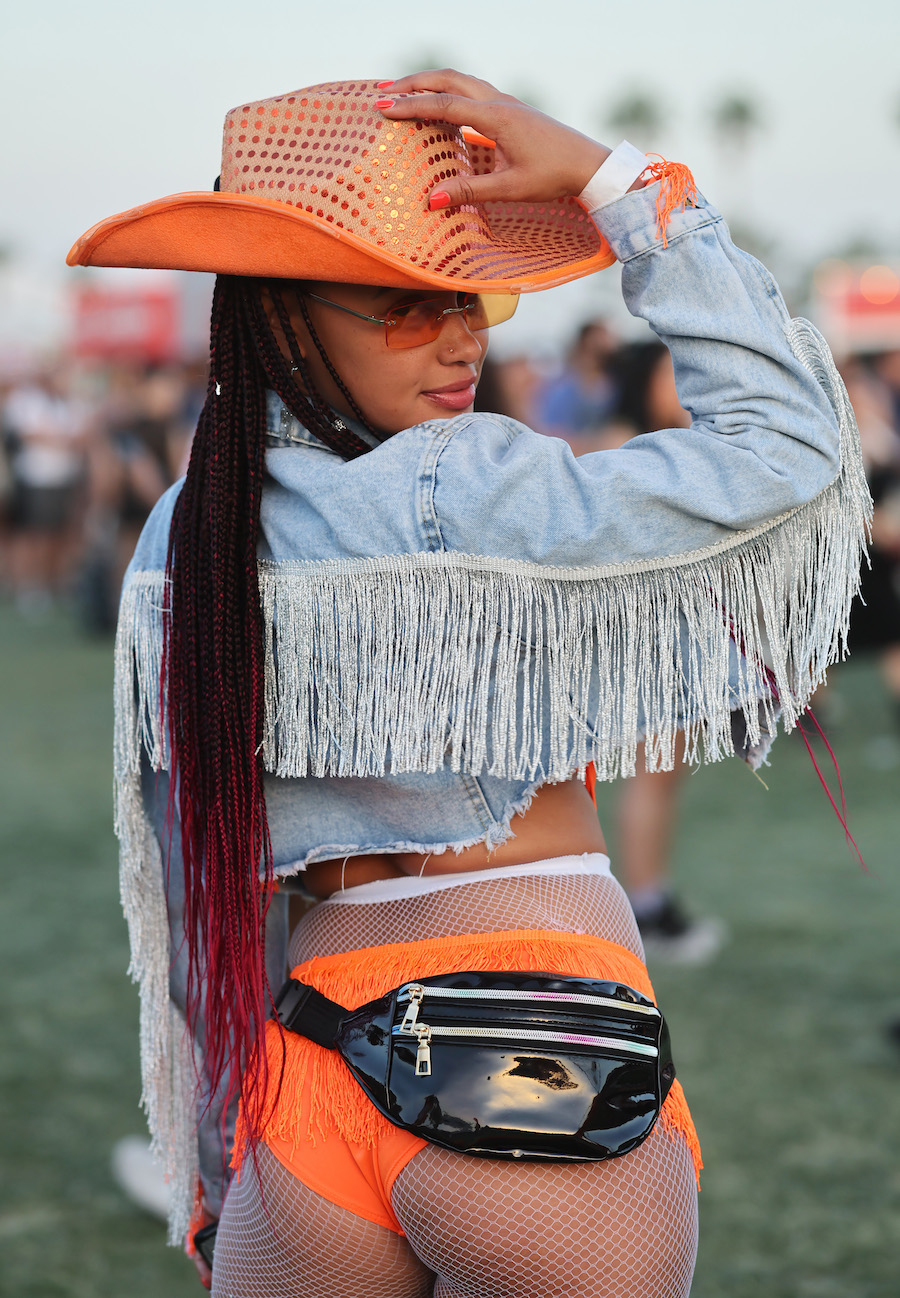 Indio, California, was the place to be this past weekend. The first 3 days of Coachella, arguably the most popular music festival in the world, happened on April 15-17. Harry Styles, Billie Eilish, and Swedish House Mafia x The Weeknd headlined the 3 days, with other guest appearances from Doja Cat,Phoebe Bridgers, Megan Thee Stallion, and even the Academy Award-nominated film composer Danny Elfman.

While Coachella might be presented as a music and arts festival, the real show for those who stayed home happened on social media – fashion takes the stage, and massive psychedelic art installations serve as the runway. Subconsciously or otherwise, society obsesses over the Coachella lookbook for the year’s inspiration on streetwear and rave gear. Here’s what fashion trends we should keep an eye out for once Coachella is all said and done!

Coachella has always been known for their bohemian chic (Vanessa Hudgens, we’re looking at you!), but this year, the Wild West aesthetic totally ruled the game. Cowboy hats were a major source of inspiration, most of them coming in fun, electric colors, and chaps have made a major comeback as a form of runway bottoms. We’re also seeing a lot of vests, mostly deconstructed with lots of fringe and lace detailing. And, of course, white cowboy boots go with pretty much any outfit. We have our fingers crossed that all of these brightly-colored western get-ups phase out the neutrals that have ruled streetwear recently!

There was possibly no greater loved accessory this year than the open-faced skirt, especially made of sheer, flirty fabrics. Two-piece sets have always been a staple among festival and raving scenes, but when the sun is blazing and you’re essentially living outside, you’ll want to protect yourself from harsh sun exposure. These fun skirts offer some unconventional shade with a pop of color we’re obsessed with!

Rhinestones, glitter, and shine… oh my! With the first Coachella back in 2 years, everyone had to break out their best glitz and glam; rhinestones completely dominated with their statement sparkle. A lot of knitted and net pieces saw rhinestones as an expressive detail, bodysuits were studded with glitter, and so much bedazzled fringe. We’ll specifically be watching future runways to see if they adapt this exciting accessory for the high-end crowd.

We’ve seen these colors slowly dominating mainstream graphic designs – even Coachella’s website is following the dress code. A mellow blend of pastels and rich colors -- usually paired with a funky, 1970s pattern -- is totally taking over. The best part about a trending color palette is that it can be paired with any sort of design and shapewear you wish, and this colorscape is shaping up to be the most memorable since the neon 2000s. You can see these colors in big branding like Harry Styles’s upcoming album Harry’s House and Bella Hadid’s non-alcoholic adult drink brand, Kin Euphorics.

This trend is thanks to the queen of 2000s style herself, Mariah Carey, when she popularized the backless butterfly shirt on a Diana Ross red carpet. Olivia Rodrigo paid tribute to this look in a 2021 Instagram post and fans have been loving this look ever since. We saw it pop up at Coachella more than a few times, which makes us think that it’ll be a public favorite once Summer hits – fingers crossed a really fun swimsuit design comes out of this look.