What To Expect on Olivia Rodrigo's 'SOUR Tour'! 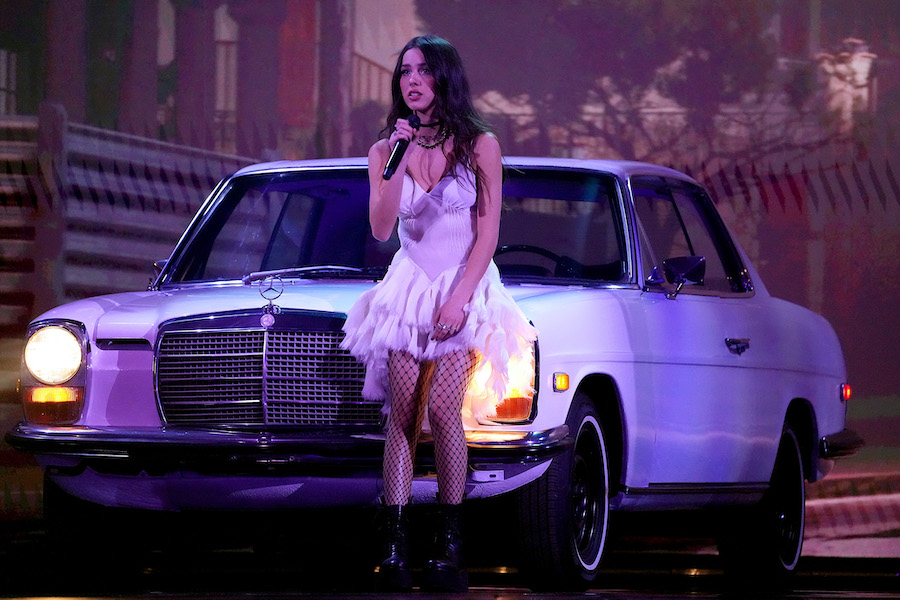 It’s brutal out here – tickets to Olivia Rodrigo’s debut tour across North America and Europe sold out within minutes of going on sale, and they are as fleeting as the holes in our butterfly wings. However, if you were lucky enough to score some seats, the tour officially kicked off in Portland, Oregon, on April 5, and the Queen of Heartbreak will be coming to you very soon! Now we can ask the big question on all of our minds: what happens next?!

A Tracklist That Sparks “jealousy, jealousy”

Rodrigo established the beginnings of her touring tracklist in Portland. While this is not indicative of the entire tour, it’s certainly something to look forward to!

The infamous opening track on Rodrigo’s debut album, SOUR, talks of teenage angst, the woes of being seventeen, and parallel parking.

Normally the 9th track on SOUR, “jealousy, jealousy” vocalizes all of the totally normal insecurities we’ve all felt as social media progresses.

“Driver’s license” started it all for the blossoming young pop artist. Her woeful lyrics paired with an unforgettable tune made for a Billboard chart-topper.

“Hope ur okay” is another song about the pains of growing up, with a gentler, kinder edge. Prepare for tears, everyone.

Normally two separate songs with similar sentiments, this heartfelt mash-up walks us through the emotional hoops Olivia forced herself through in a difficult relationship.

Talk about emotional damage! “Happier” talks about watching the love of your life move on with another girl, which particularly hurts when following the “enough for you / 1 step forward, 3 steps back” mash-up.

After this "High School Musical: The Musical - the Series" original went viral on TikTok, there was no denying Rodrigo’s star power. (If you saw the tour before April 11th, “All I Want” replaced “Seether” by Veruca Salt)

Everyone’s favorite heartbreak song is third-to-last in the unofficial line-up. All of our hearts broke, four hands bloody.

Rodrigo pulls no punches as she moves from “favorite crime” to “traitor”, and you should expect to be a total sobbing mess by this point. Don’t worry, everyone else will be as well.

“Deja vu” is a bittersweet note to end the show on, and yet one that fans will certainly treasure. Closure isn’t easy, but seeing Olivia Rodrigo live certainly helps.

Well… if you call for an encore, Rodrigo is apparently more than happy to oblige. “Good 4 u” was the smash hit of SOUR’s official release and held the number one Billboard spot for 11 consecutive weeks!

These Openers Make Us “happier”

If you’re seeing Olivia perform from April 5 to April 23, you’ll be seeing Gracie Abrams (daughter of J.J. Abrams), a soft-pop singer-songwriter with similar sad girl vocalizations as Rodrigo. April 26 through May 26 will be covered by Holly Humberstone, who has been compared to the likes of HAIM and Lorde. Finally, Baby Queen will take the European leg of the tour with her electric thrill pop and smooth vocals. San Franciscians on May 27 will have a one-night-only appearance by Chappelle Roan, with her dark ballad pop.

Olivia’s Outfits Give Us “deja vu”

Perhaps one of the singer’s most iconic identifiers is her Y2K-inspired fashion, with heavy emphasis on the 2022 slip dresses and corsets riff. Her touring outfits (so far) do not stray from her popular style and give us lots of pleated skirts, platform Doc Martens, and her signature lavender.

If you didn’t get tickets, well… I hope ur okay. Don’t be too sour about it.