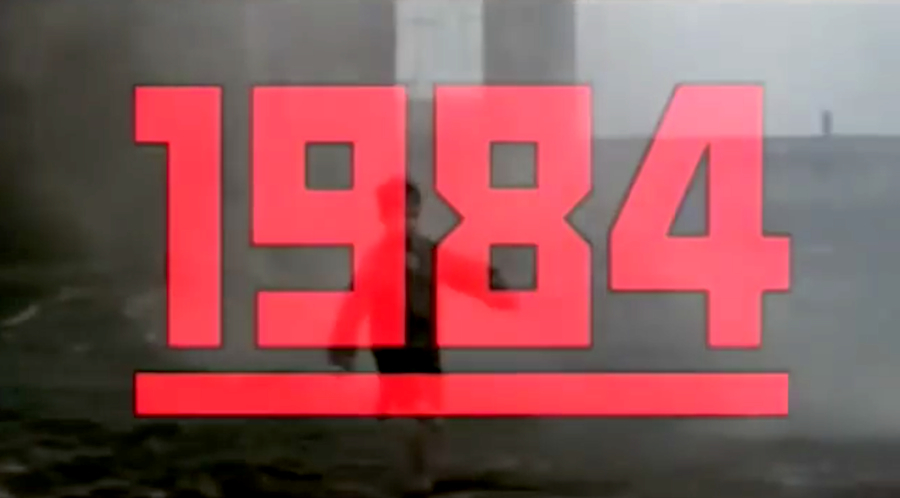 Since The Hunger Games have finally ended, film and television executives have been looking for a new dystopian novel to bring to life. Hulu recently found one in The Handmaid’s Tale by Margaret Atwood. Starring Elisabeth Moss (“Mad Men”), Atwood herself will be on hand to provide consultation on the series, which will include 10 episodes and will premiere in 2017. This isn’t the first time The Handmaid’s Tale has been adapted for the screen -- in 1990, a film was released starring Robert Duvall, Faye Dunaway, and Natasha Richardson.

The Handmaid’s Tale takes place in the land of Gilead, a former part of the U.S. that is now a dictatorship and treats women as property of the state, which proves a problem for Offred (Moss), a handmaid in the commander’s household. Offred is, for lack of a better term, a sex slave, whose sole job is to help repopulate the Earth. She is forced to deal with jealous wives, evil commanders, and other handmaids, all while trying to find the daughter that was taken from her.

The recent adaptation of this dystopian classic made me think about all of the other dystopian novels that have not yet been (or were very poorly) adapted into films or television. While all of the recent YA dystopian adaptations have been interesting, it’s time to go back to the classics. Dystopian literature is not a new genre, and there’s already numerous properties that would translate well to the screen. Here are just a few:

By far the scariest book I have ever read, 1984 is starting to look and feel more like real life. Although there is a film adaptation (released, appropriately enough, in 1984), it’s time for a redo, especially when considering how far special effects have come and how technological the world of 1984 is. Set in the year 1984 (obviously), the novel takes place in a government-controlled world where “Big Brother” watches everything that you do and the government controls everything that you are told. You best not question anything they tell you... or you will be sent to the deadly Room 101. 1984 is loaded with so many details that it would actually work better as a limited television series rather than a film, so as not to miss anything.

It’s hard to believe that Jack London, the master of survival stories and realism, wrote a dystopian novel. Released in 1908, The Iron Heel is actually considered one of the first dystopian novels ever written. Set in San Francisco, an oligarchy takes over the U.S. where they bankrupt the middle classes and the wealthy rule over the poor. Considering the recent events surrounding the “99%”, The Iron Heel is relatable to modern society and could translate well into film.

I decided to throw one YA novel in here since Uglies is that good. Set in a world where there is extreme mandatory plastic surgery, everyone is forced to become “pretty” by the age of 16. Of course, this takes away all individuality, creating the ultimate conformist world. Uglies makes some very strong statements about western beauty standards, especially for young girls. While a film production of Uglies has been started, the development keeps getting pushed back. Since it seems to be taking a while, why not just hurry up and turn it into a television series? Uglies is also a series of books, so the writers would have material for plenty of seasons!

One of four books written under King’s alias, The Running Man has a premise that is similar to more modern dystopian novels such as The Hunger Games. However, since The Running Man was released in 1982, it is safe to assume that the more recent novels actually pulled inspiration from King. The novel takes place in 2025, in which the U.S. economy has fallen apart and violence is on the rise. In order to provide for his family, Ben Richards volunteers to go on an ultra-deadly game show called “The Running Man”, where contestants are allowed to go anywhere in the world but hunters are employed to chase them down and kill them. The Running Man is a critique of our society’s fascination with violence and how the media often makes us immune to it. While there is a film adaptation starring Arnold Schwarzenegger, it was not well received, so I think it’s time that The Running Man got the proper adaptation that it deserves.

When She Wokeby Hillary Jordan

Inspired by Nathaniel Hawthorne’s classic novel The Scarlet Letter, When She Woke is a modern reimagining of the tale that brought us adultery, a scheming hunchback, and an infamous scarlet ‘A’. Set in a future America where the lines between Church and State have disappeared, Hannah Payne, a former member of the church, is arrested for an abortion. In order to atone for her sins, she is sentenced to 16 years as a “Red” -- her skin is biologically turned to scarlet, and she is now seen as a convicted murderer. Rejected by her family, Hannah is forced to face her harsh new reality and survive the cruel world she is now a part of. Surprisingly, no one has attempted to make a movie or TV adaptation of When She Woke. We already know that audiences enjoy modern adaptations of The Scarlet Letter -- Easy A was a huge success -- so it’s quite possible they would enjoy an even darker take on it.