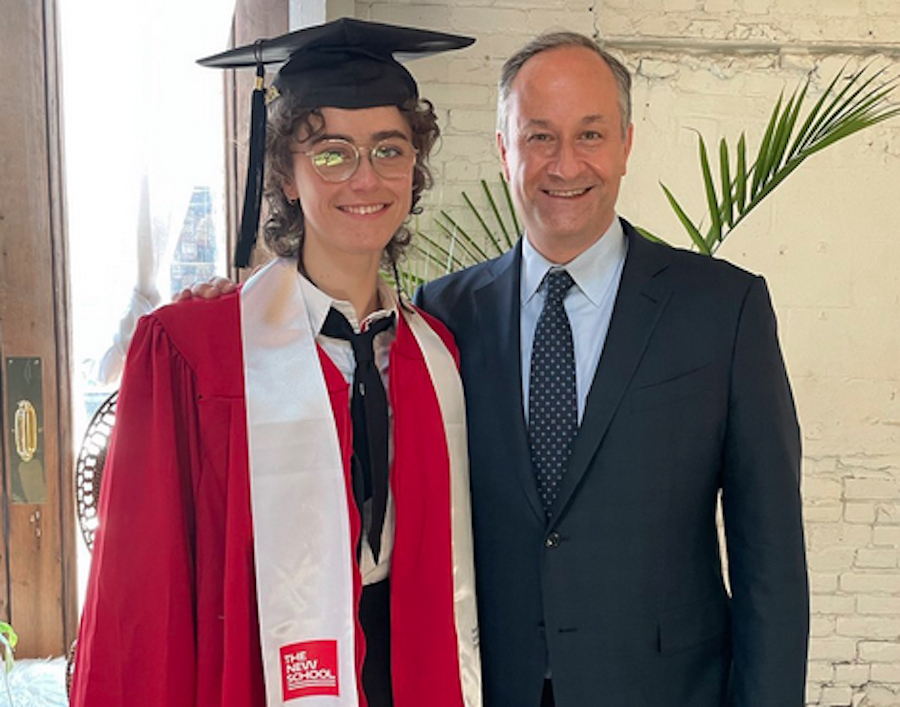 It is currently graduation season and many students from high schools and universities across the country will officially categorize themselves as part of the class of 2021. Interestingly enough, there are some unique members that make up this 2021 class. A number of famous celebs said congrats to their own kids this year. Let's take a look at some of the 2021 grads with famous parents!

Known for her infamous role as Carrie Bradshaw in the series "Sex In The City", Sarah Jessica Parker shared an instagram post saying how proud she is of her and husband Matthew Broderick's son graduating from high school and musing on what the future will hold for him.

Former "Friends" star Lisa Kudrow’s son Julian recently graduated from the University of Southern California. He is seen in this Instagram post hugging his mother, who wrote in her caption about how happy she was for the big day.

VP Kamala Harris praised her step-daughter Ella via Instagram, writing how proud she was to see Ella graduate and encouraged her to keep following her dreams.

Though not exactly born from celebrity parents, this "Good Luck Charlie" star also received a degree from The University of Southern California this season, writing a witty caption to go along with his Instagram post.

She’s best known for creating southern cuisine on the Food Network, but on her days off, the "Pioneer Woman" star is just a regular mom. She celebrated her adopted son Jamar’s graduation from high school this year, posting a photo on Instagram using a ton of emojis to describe her joy for the occasion.