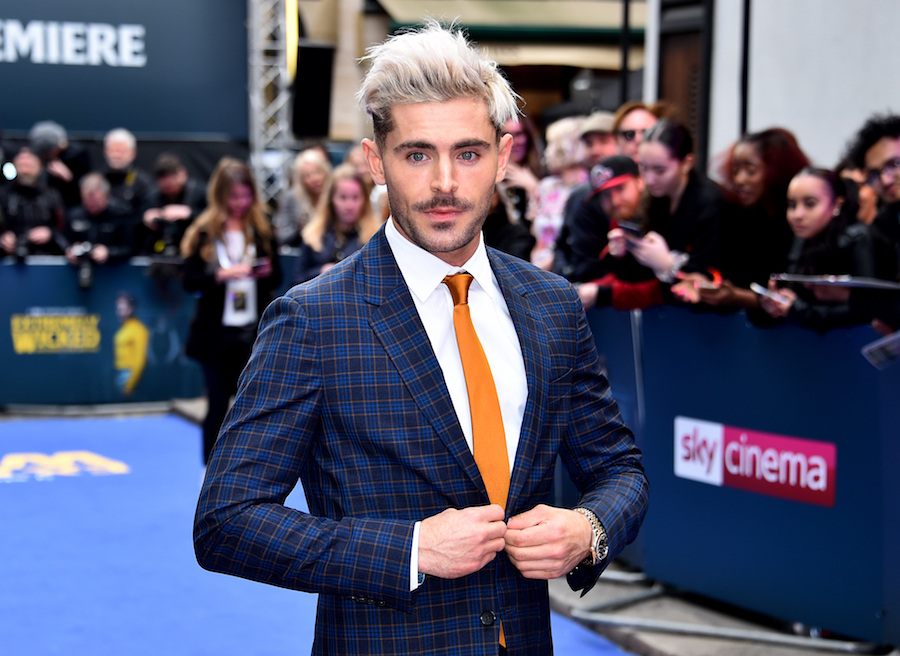 This past weekend, we had a rare appearance from one of our favorite teen heartthrobs, Zac Efron. The star made headlines when it was reported he would be joining his fellow High School Musical cast members for the Disney Family Sing-A-Long in a rendition of “We’re All In This Together”. Unfortunately, he didn’t end up singing along with the cast, but he did manage to record a heartfelt message supporting his fellow Wildcats.

We were so looking forward to finally having the High School Musical reunion of our dreams and were sad he couldn’t join, so in the meantime, we are consoling ourselves with a few of our favorite Zac Efron flicks!

Zac’s first musical after High School Musical did not disappoint. If you’re in the mood to see him dance and sing it out in the ’60s as Link Larkin, the stud and star of "The Corny Collins Show", then this one is for you.

The first movie where Zac got to show off his comedy skills and prove he has a future in all your favorite rom-coms, he plays a 37-year-old man who gets to go back and re-live his high school glory days as his 17-year-old self and learn some very special lessons along the way.

Zac Efron was absolutely made to star in a Nicholas Sparks film. In this one, he plays Logan, an ex-marine who sets out to find the woman (Taylor Schilling) who saved his life, and, of course, a dramatic romance follows.

Check out Zac talking about his role in this movie at the Young Hollywood Studio here!

One of my personal favorite Efron films. Zac stars alongside Miles Teller and Michael B. Jordan, who make a pact to be single after one of them is left heartbroken, but the commitment-phobes realize love may get in the way.

Zac Efron stars alongside Seth Rogen in this hilarious film about a couple with a newborn who live next door to a fraternity and struggle to get along. Shenanigans ensue.

Any movie with Robert DeNiro is pure gold, and this time we get to see him alongside Zac as the two play grandfather and son vacationing in Daytona Beach during spring break.

Another movie seemingly made for Zac Efron. In this movie reboot of the iconic TV series, he plays a pro-swimmer who becomes a recruit of the Baywatch lifeguard team. This star-studded cast also includes Dwayne Johnson and Priyanka Chopra-Jonas.

We always hoped Zac would return to his musical roots at some point, and in this film, he certainly does. He stars as Philip Carlyle, a theatre producer who is recruited by Hugh Jackman to help create his circus and falls for acrobat Zendaya. An amazing film that everyone should see.

Perhaps one of Zac Efron’s darkest roles, he plays the notorious serial killer Ted Bundy and shows he's much more than a lighthearted song-and-dance man. If you’re in the mood for something dramatic and a little frightening, then this is the film to watch.

We can’t have a proper Efron-a-thon without of course including where it all started. High School Musical!

Well, this is what we will be watching for the foreseeable future...