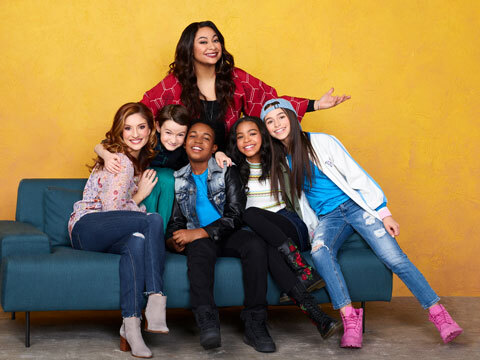 When Young Hollywood first visited the set of Disney Channel's "That's So Raven" reboot/sequel, "That's So Raven", everything was fresh and new and the excitement in the air was palpable! Three seasons later, not much has changed in that regard, only now the kids on the show seem so much more grown up! We head to the set once again to catch up with stars Raven-Symoné, Issac Ryan Brown, Jason Maybaum, Navia Ziraili Robinson, Sky Katz, and Anneliese van der Pol to get the scoop on Season 3 and discover any juicy behind the scenes tidbits that we can! Raven-Symoné talks about how, as a former child actor herself, she is able to relate to the young actors on set in a very unique way, and likewise her co-stars sing her praises and reveal what they've learned from her over the years. Plus, find out what 1 word each actor would use to describe the new season!