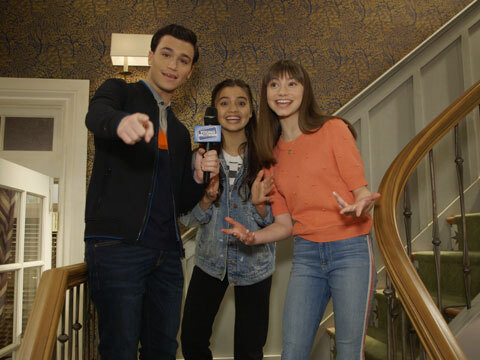 Set Tour with Stars of Netflix Comedy No Good Nick

Here at Young Hollywood, we are all about discovering the next generation of stars, and the Netflix family comedy "No Good Nick" seems to be providing their talented young cast with built-in mentors. The series stars former child stars themselves, Melissa Joan Hart and Sean Astin, as the parents of two precocious teenagers and one... slightly shady house guest. YH heads to the set of this multi-camera comedy where we sit down with the young actors Siena Agudong (playing the titular Nick), Lauren Lindsey Donzis, and Kalama Epstein. The share with us their experience working alongside the legendary MJH and Sean Astin before giving us a tour around the set of the Thompson family home and revealing some surprising fun facts about each other!