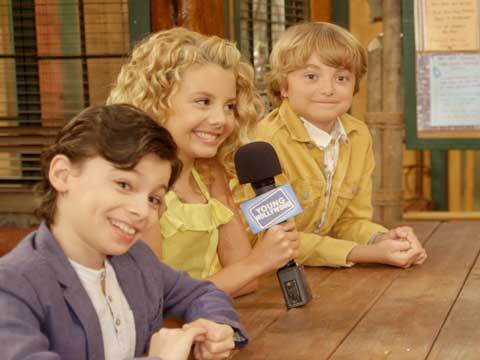 Behind the Scenes Tour of Camp Kikiwaka With The Bunk'd Cast

Things are shaking up in Season 4 of "Bunk'd", so Young Hollywood thought it was a good time to return to the set of the hit Disney Channel series to get all the scoop from the cast themselves as well as a tour of the Camp Kikiwaka set! Miranda May, whose character Lou now finds herself in the predicament of owning the camp, shows us around the campsite, including the main characters' cabins and the mess hall! We also sit down with campers and counselors alike, including Mallory James Mahoney, Raphael Alejandro, Will Buie Jr, Scarlett Estevez, Israel Johnson, and Shelby Simmons, to hear their thoughts on what to expect in the new season. Plus, the castmates run through what their typical weekly schedule looks like and they share their own real-life camping experiences!