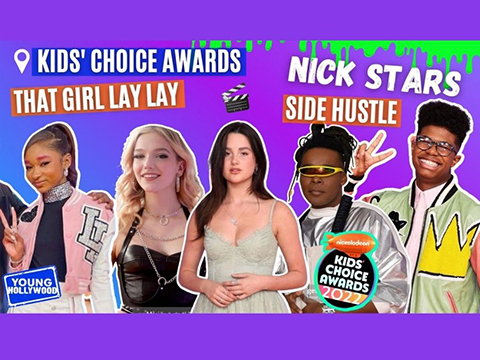 The Kids' Choice Awards are an opportunity for any and all kids' faves from across the entertainment world to come together to be celebrated, but it is also the time when stars from across the Nickelodeon network specifically can get the chance to be in the same room! Young Hollywood hits the orange carpet at the KCAs where we get to chat with the stars of 3 hit Nick shows, including: Alaya High, Gabrielle Navaeh Green, Tiffany Daniels, Thomas Hobson, Caleb Brown, and Peyton R. Perrine III from "That Girl Lay Lay"; Jules LeBlanc, Jayden Bartels, Mitchell Berg, Isaiah Crews, and Jacques Chevelle from "Side Hustle"; and Young Dylan himself from "Tyler Perry's Young Dylan"! Find out who they're most excited to see at the event and their thoughts on their various nominations!