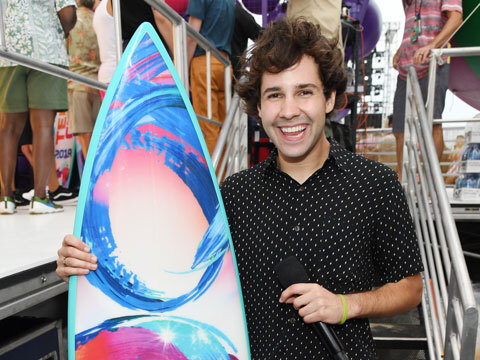 The sun is out and so are all the celebs -- well, their seating cards, anyway! Young Hollywood is behind the scenes at the waterfront rehearsal for the 20th annual Teen Choice Awards in Hermosa Beach where we catch up with co-host David Dobrik to get all the scoop on who is sitting next to whom during the live show! Find out where the likes of Maddie Ziegler, Asher Angel, Madison Beer, KJ Apa, Monsta X, and more will be taking in the ceremony, plus David shares a riveting encounter he had with Jessica Alba, reveals his nickname for Noah Centineo, and tells us his philosophy on dating advice!