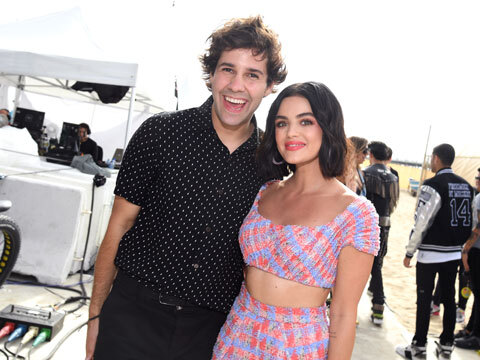 For the first time in its history, the Teen Choice Awards are finally taking their Surfboard trophies where they belong -- to the beach! Young Hollywood heads to the sunny shores of Hermosa Beach, California, where preparations are underway for the 20th annual awards ceremony celebrating everything teens loved this year and catching up with this year's hosts, actress/singer Lucy Hale and YouTube star David Dobrik! The talented twosome, whose chemistry was immediate, reveal what their first impressions of each other were and what they're most looking forward to during the show! They also tell us about their favorite summer activities and Jonas Brothers songs, plus find out what happened when David inadvertently broke into the one and only Robert Downey Jr.'s trailer!