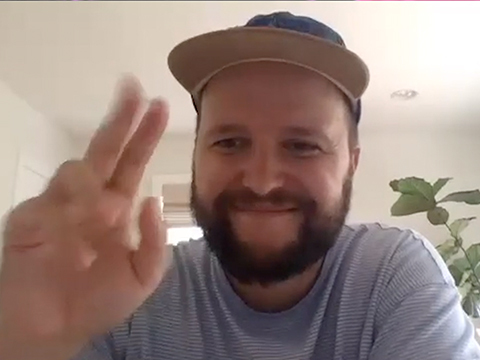 Quinn XCII's Advice To His Younger Self

Take Two! Much like the title of his recent single, we could also dub this interview "Second Time Around"! After some technical difficulties the first time Young Hollywood chatted with musician Quinn XCII over Zoom, we're getting a do-over to catch up with the artist to find out more about all his new music coming out and what he's been up to during quarantine! His new and third studio album, 'A Letter to My Younger Self', features a new single by the same name featuring Logic, and in the spirit of the themes of the song, Quinn reveals what advice he would give to his younger self. He also tells us what other song on the album is his favorite and the one thing he won't ever take for granted again when the quarantine is over, plus we play a game of "This or That" with him to find out if he prefers TikTok or Instagram, Uber or Lyft, Netflix or Hulu, and more! 'A Letter to My Younger Self' is now available!