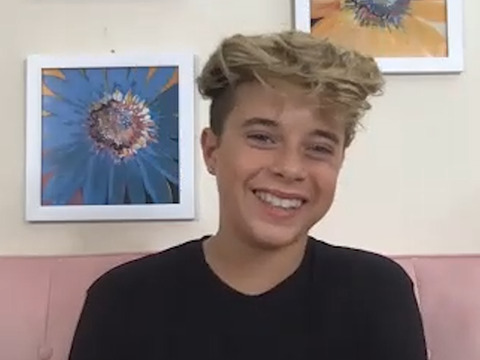 Gavin Magnus is a modern-day triple-threat: he is a star on Instagram, on YouTube, and on TikTok! Dominating multiple social media platforms at once (and growing faster than established stars like Jake Paul) is no easy task, but this 13-year-old phenom has the drive and the energy, and we are here for all of it! Young Hollywood catches up with Gavin via Zoom to find out more about his online adventures as well as his emerging music career! He has been frequently compared to Justin Bieber, and we can see why, and he certainly would not be mad about it, but his true influence, he tells us, is the rapper Juice Wrld! He is actually able to blend these two artists together into his own musical style, and it's most apparent in his new single "Hearts on a Pendant"! Gavin also talks about what it's like to have most of his life constantly documented for the public, plus he reveals who he would love to collab with and plays a Game of Lasts!