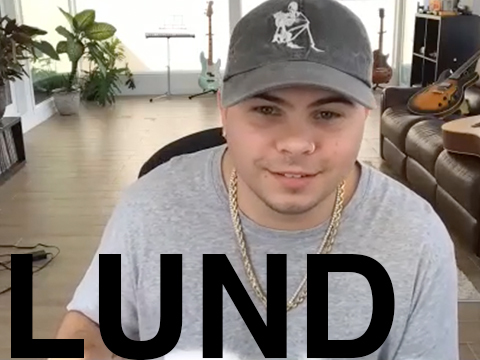 Robert Lund, known better as ℒund, is the perfect example of being in charge of your own fate. The singer-songwriter, like many others, put his original music out on Soundcloud and hoped for the best -- and the best happened! His single "Broken" is a bona fide jam, so much so that it was able to attract the likes of Noah Cyrus and Lil Skies to collaborate on a remix! ℒund joins Young Hollywood over Zoom to chat more about his music, including some of his favorite lyrics and his sources of inspiration! He also tells us how his collab with Noah & Lil Skies came about, plus he describes a typical day of quarantine life and reveals his favorite video games!