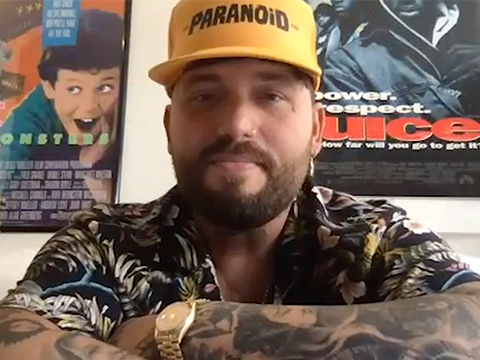 Gashi is larger than life, in every sense of the phrase! A big man with big talents and a big appetite, we have no choice but to stan. The Libyan-born singer, songwriter, and rapper turned to music as a way of coping with a tumultuous adjustment to a new country and a new language, and his passion grew into a full-fledged career including collabs with the likes of French Montana, G-Eazy, and Ava Max! Young Hollywood catches up with Gashi via Zoom to find out more about what to expect from his 4th studio album '1984', and talk about his eventful musical journey. He reveals which of his songs resonates with him the most, and he also tells us about how Sam Smith almost became the vocalist for his music -- until he realized he needed to record it himself. Plus, we play a game of "This or That" with him where he gives us his thoughts on things like going out versus staying in, Uber Eats versus Postmates, Netflix versus Hulu, and more!