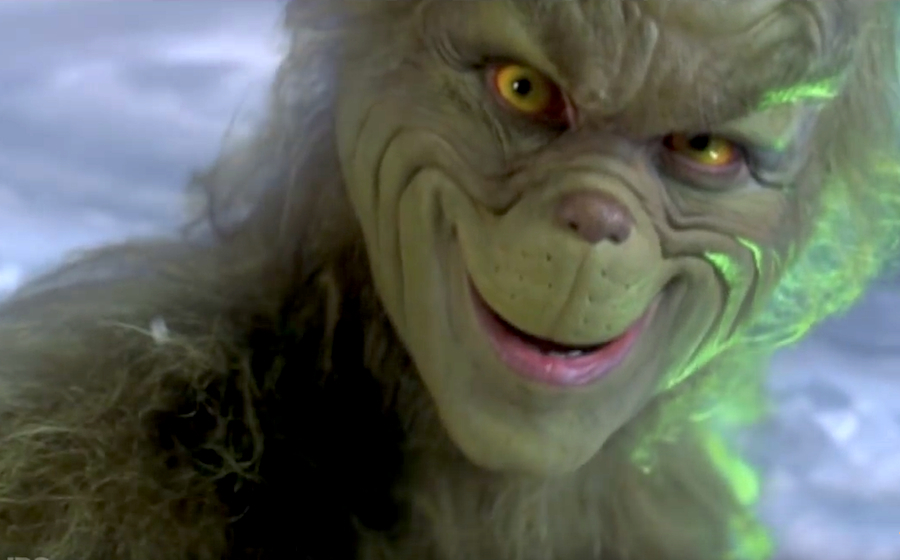 Back in October, our YH writers got together to pick their all-time favorite, isn’t-the-same-without-them Halloween films, and we had such a jolly time that we decided to congregate again to reveal to you our favorite Christmas holiday flicks!

Hopefully your holiday won’t be too hectic and you’ll find some time to cuddle up on the couch with some cocoa and a new toy or two and throw on one (or all?) of these fine holiday films to punctuate yet another year gone by.

So without further ado, here are our picks!

In 1994, John Pasquin gave me something that forever changed my life-- The Santa Clause, the movie responsible for my obsession with Christmas. At the ripe age of 2 years old, I watched The Santa Clause and fell in love with the holiday season. Every year since, I have watched the original Santa Clause film starring the great Tim Allen, a classic Christmas tale mixed with a childhood fairy tale storyline that enveloped me as a child and showed me that it wasn't the gifts or the decorations or the music that made this time of year special. It was the family and friends you spent it with that made it special. Yes, cheesy, I know, but every now and then, you have to remind yourself! And remember: "Seeing isn't believing; believing is seeing."

Now, even though the cartoon is a classic must-watch during the holiday season, the live-action film starring Jim Carrey is where it’s at! The story is timeless and a favorite for many. I was only 7 years old when the film was released, but I remember seeing it in the movie theater 3 times because I couldn’t get enough of it. Let’s just say my house looks a little bit like Whoville during Christmas! #Whobilation The movie was filmed on the Universal Studios backlot, and if you think you have a lot of Christmas lights on your house, think again -- the set featured 52,000 lights covering Whoville. It also took Jim Carrey 4 hours total just to get in and out of his Grinch suit, which lasted 92 days. Talk about dedication! One of the many reasons why I love this film so much was for its intricate costume designs. I mean, I was living for Cindy Lou Who’s hair and her vintage outfits! The film also featured the largest amount of characters in heavy make-up since 1939’sThe Wizard of OZ. The costume designer, Rita Ryack,created 300 hats for the film. If you pay attention, almost every single character is wearing a hat during the Whobilation. Even though the Grinch’s heart was two sizes too small, it grew three sizes once he realized the true meaning of Christmas: being together. Oh, the Whomanity! Hopefully, this film is at the top of your list too. Wishing you a Merry Christmas and Happy Holidays!

Elfis one of my favorite Christmas movies because it encapsulates all the positive and beautiful aspects of the holiday season.  You aren’t doing Christmas right if you aren’t watching Will Ferrell play a giant-sized Elf named Buddy, who wears a lovely green-buckled suit and yellow tights ensemble everyday. So many good things in one sentence!!! Insisting he is from the North Pole and knows Santa Claus, Buddy goes on a mission to find his biological father and uncover who he is without his elf family. Much to his dismay, his father, Walter, is a little bit of a Grinch, who has built a life for himself, with a young son, without ever knowing Buddy existed. Throughout the film, Buddy instills the Christmas spirit in those around him, helping the pessimists of the world remember that a little faith and some magic can go a long way in making things work out and life better. In the spirit of Christmas, Buddy reminds me every year that I should be thankful for my family and friends, and always treat others with love and respect. And on that note, Merry Christmas, everyone!

In previous years, I have stated that White Christmas is my go-to holiday movie due to its wonderful songs, excellent comedy, and the fact that it manages to be a phenomenal Christmas Movie without actually being about Christmas per se. But in terms of what I feel is the absolute best Christmas film that isabout Christmas, well, that honor goes to the 1987 television adaptation of Dylan Thomas’s A Child’s Christmas in Wales. I was shown this made-for-TV movie in my high school English Class in a time when DVDs were still a novelty and Video Rental Stores ruled the land. Since then, nothing has come close to topping this little film in terms of being able to capture the true meaning of Christmas. It is a simple story of a grandfather telling his grandson what Christmas was like when he was just a small boy growing up in Wales in the early 1900s. For me, Christmas has always been about time spent with family, honoring the old traditions and establishing new ones that all exist in the service of creating happiness for one another. A Child’s Christmas in Wales features all of that in spades, and its quaint nostalgic look at a Christmas spent in a small seaside village is guaranteed to make even the biggest Scrooge want to break out the tinsel and sing a Christmas Carol or two.

Elfis, hands down, my favorite movie to watch once the holidays come around. Not only because of Will Ferrell's hilariously perfect performance but also because of his character, Buddy. He is the perfect representation of what the holidays are all about -- happiness, warmth, giving, and good times with the people that mean the most to you. Aside from the fact that Elf never fails to give me a tummy ache from laughing so hard, the big message of the film is about finding the good in everyone. I think people forget that sometimes, so what better time to be reminded of that than during the holidays?

If there is one movie that can sum up my childhood and how great Christmas is, it might have to be Home Alone. I saw this movie on repeat a lot when I was a pup around the holidays, and even waaaaaay before they started… like in August when my aunt was watching me while school was still out. But the main reason why this movie is dear to me is the fact that it’s about a kid named Kevin who was just a little [email protected]@rd to everyone he comes across. “When I grow up and get married, I’m living alone” feels like something I probably shouted at the top of my lungs at any relative who would pretend not to listen. Plus, hidden on the screen is a dark tale about a young sociopath on the cusp of a mental breakdown, after torturing criminals all night during that crazy weekend his neglectful, borderline abusive family flew to Paris and left him home alone on Christmas. Other than that, though, there is some very funny scenes, like anything to do with the fake gangster movie Angels with Filthy Souls, and, of course, the all time greatest line in cinema history where Kevin’s uncle earnestly says, full of hate, to our 8-year-old hero after he sets off a domino effect that effectively spills Pepsi on his uncle’s crotch: “Look what you did, you little jerk!”

Okay, I didn’t just pick this film because it plays for 24 hours on Christmas day. I picked it because A Christmas Story truly embodies the holiday season for me. The charming tale, set in the 1940s and originally based on a short story by Jean Shepherd, follows Ralphie (Peter Billingsley), a young boy growing up in Indiana who simply wants a BB gun for Christmas. Unfortunately for Ralphie, everyone around him, including his mom, teacher, and even Santa Claus himself, seem to be working against him, telling him that if he gets a BB gun, “ you’ll shoot your eye out!” You can’t help but cheer Ralphie on as he continues his quest for the ultimate Christmas gift. I personally love Ralphie’s father, played brilliantly by Darren McGavin, who badgers his kids and shrieks with glee over his beautiful leg lamp, as well as Ralphie’s brother (Ian Petrella), who literally can’t put his arms down due to endless layers of winter clothing that his mother puts him in. A Christmas Story remains the only holiday film that my entire family can seem to agree on watching, and for that primary reason, I recommend it to yours as well!

As for moi, I decided once again to go for something a little on the obscure side – 1985’s Sansa Claus: The Movie. Part-origin story, part-caper, part-Dickens novel, it was a tradition to watch this film right before I went to bed on Christmas Eve as a child. The holiday simply was not complete without it. The film begins with Santa’s humble beginnings as a toymaker from way up north who, along with his wife, gets lost in a blizzard one night and ends up at the North Pole, where he’s named Santa Claus by Father Christmas himself! He spends the next thousand years or so bringing gifts to all the kiddies (eventually coming up with the Naughty List as a way to defray toy production). Cut to modern day when, whilst out on his rounds one Christmas Eve, Santa befriends a young street urchin named Joe, who in turn has a crush on a rich orphan girl named Cornelia who lives with her mean toy executive uncle, B.Z. (John Lithgow). Back at the North Pole, an elf named Patch (Dudley Moore) tries to build a toy-making assembly line to impress Santa and fails miserably. He leaves the North Pole in shame and ends up in the employ of B.Z. Turns out, Patch made off with some of the PCP-like substance they spike the reindeer’s hay with to make them fly. B.Z. then laces his candy products with the reindeer meth and sends one to every household, and people start flying – and this is supposed to be a BAD thing?! Anyhoo, shenanigans ensue, Santa and Joe have to save the day, and B.Z. is jettisoned into outer space (no, really!). It’s utter madness but it’s the best. And David Huddleston is THE perfect Santa Claus.