WWE Superstars: From the Ring to the Screen! 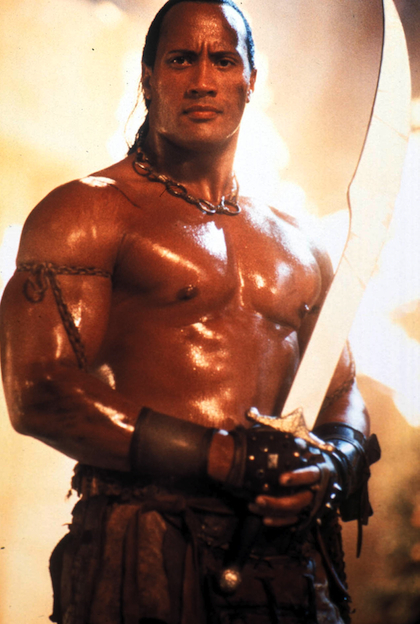 The spectacle that is the WWE has been producing stars upon stars over the past years. Many wrestlers have not only succeeded in the ring but on television and in the movies. Here are a few of my favorite wrestlers who have started out in wrestling and ended up parlaying their success into acting careers!

Hulk Hogan, AKA Terry Bollea, is a 12-time world champion in the WWF/E but he has also appeared in many films like No Holds Barred, Mr. Nanny, 3 Ninjas: High Noon at Mega Mountain, and many others. He even got his own reality show about his family called "Hogan Knows Best".

Batista, AKA Dave Bautista, continues to wrestle in WWE and strike fear into his opponents, but he has also been busy in the acting world. He has been in a few television appearances, but his real acting success was his role in The Man with the Iron Fists starring Russell Crowe. He also recently signed on to be in the upcoming Marvel superhero film Guardians of the Galaxy.

Check out our interview with Batista at Comic-Con!

John Cena has boasted over 20 championships in the WWE and continues to wrestle, but outside of the ring, he released a rap album and starred in Legendary, 12 Rounds, and The Marine.

Probably one of the most well-known names to come out of the WWF/E universe is The Rock, AKA Dwayne Johnson. He’s had 17 championship victories, but his success in Hollywood has skyrocketed over the past couple decades. He’s starred in countless blockbusters like The Mummy Returns, The Scorpion King, Fast Five, Fast & Furious 6, The Game Plan, and Gridiron Gang to name a few.

Edge, AKA Adam Copeland, has made a huge impact in the WWE universe with over 30 championships and his signature move, The Spear. Since his retirement from WWE, he has appeared on various television shows like "Sanctuary" and "Haven".

These are just a few wrestlers who have found success in television and movies! Who do YOU think will be the next breakout star from the WWE?