Rob Riggle Wriggling His Way Back on TV! 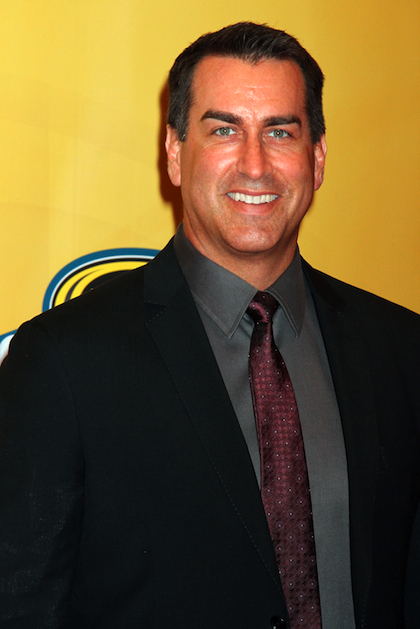 If you're like us and are fans of the delightful Rob Riggle (last seen enchanting us in commercials during the Super Bowl) then I have some grand news for you: Riggle will co-star with Rob Lowe in NBC’s new comedy pilot, “The Pro”. The show takes place around an extravagant tennis and golf shop, where Lowe, a tennis player, is reunited with his former doubles partner (Riggle) after a very public and very nasty fight that took place years earlier. The two are reunited when Riggle comes to the shop as the new head pro (so it’s easy to imagine how Lowe would react). After their falling out, Riggle’s character went on to a fantastic career -- yet he is now broke, living in a youth hostel, and is forced to work with his estranged partner.

The show, scripted by “King of the Hill” alumni Peter Huyck and Alex Gregory, presents a unique take on the traditional “old rivals” archetype, and I’m curious to see the chemistry between Lowe and Riggle. It’s also nice to see that Lowe isn’t planning to leave TV so soon!

This marks Riggle’s latest return to TV. He recently guest-starred on “Modern Family” and “Drunk History” and can soon be seen on the big screen in Dumb and Dumber To and 22 Jump Street.

I think this has the potential to be a very cute sitcom. What do you think? Will you tune in?

In the meantime, check out our chats with Rob below, at the Studio and during South By Southwest!