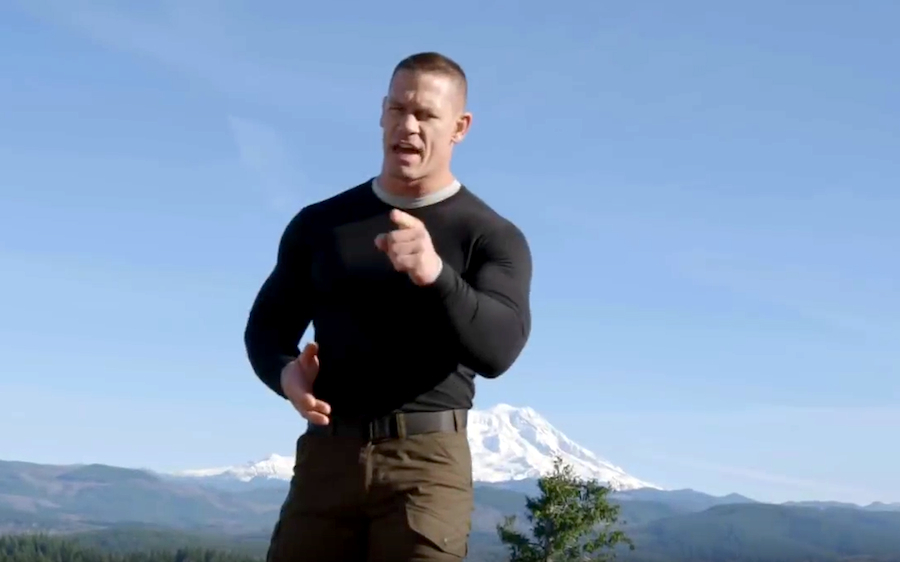 And he’s on Fox bringing us real "American Grit"!

Sixteen civilians are divided into four teams led by a military veteran each with their own honors and experience from battle. Rorke Denver, Noah Galloway, Tee Hanible, and Nick Irving make up the coaches who are there to test and push their team to their limits.

Every episode, the teams compete in a challenge called an “evolution” that is based on a real-world military training exercise. The winning team is safe from elimination and the rest of the teams must send a representative to go into “The Circus”, an obstacle course endurance challenge where one person will go home. And it is no joke.

John Cena hosts the show with his fitness background in professional wrestling. But he’s not the only WWE superstar giving us crazy intense obstacle course challenges!

Stone Cold Steve Austin has had his share in reality television hosting. Back in 2012, he hosted "Redneck Island", similar to "Survivor". In 2014, Steve Austin gave us the "Broken Skull Challenge", whih featured one of the toughest obstacle courses ever created, the Skullbuster.

One of the craziest and more intense game show formats, contestants from various athletic backgrounds come to take on the Skullbuster, but before they can even get a chance to try the course, they must take out their competitors in a one-on-one, physical elimination challenge. Fail once, there goes your chance at the Skullbuster.

But what is this crazy Skullbuster?

And guess what -- if you finish the Skullbuster, congratulations! I hope your time stacks up. If you don’t beat the previous athlete’s time, you go home with nothing, just like everyone else. But if you beat the best time, you take home $10,000 and the possibility to win more if no one else beats your time.

One awesome thing is, you have Steve Austin next to you motivating you to keep going.

If this looks like something you think you can take on, then you better start training!

Don’t forget to catch "American Grit" on Thursdays at 9/8c on Fox and "Steve Austin’s Broke Skull Challenge" on Sundays on CMT!