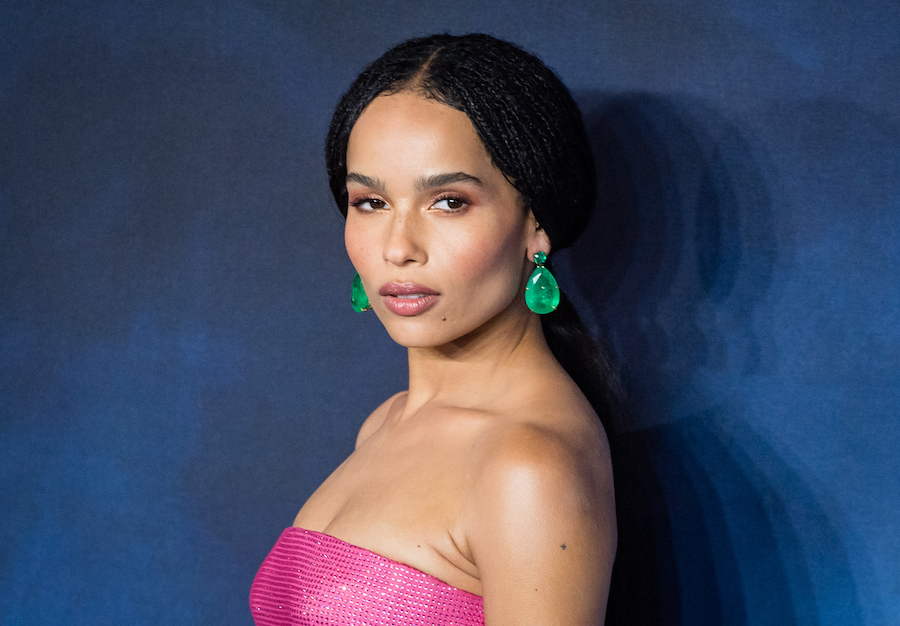 In the last few years, Zoe Kravitz has well and truly burst onto our screens and into the acting elite, and from the looks of it, she’s just getting started.

She’s hard to miss with a last name like Kravitz, but she has worked hard to make the name her own. Of course, she gets the last name from her father, Lenny Kravitz, iconic rocker and movie star in his own right. What’s more is that her mother is actress Lisa Bonet, of "The Cosby Show" fame (and who is now married to Jason Momoa, aka Aquaman!). Clearly, Zoe Kravitz has quite a pedigree.

Her parents split before she could ever remember them being together, and she lived with her mother in L.A., seeing her father only a few times a year before she moved with him to Miami when she was just 11 years old. From the sounds of it, Lenny wasn’t the strictest of fathers, but it seems to me that Zoe turned out just fine after all. From Miami, they moved to New York where she really fell into performing, playing Rizzo in her school’s portrayal of Grease, and soon enough, she found her way to the big screen.

Zoe got her first big break in 2011’s X-Men: First Class, when she was just 21, alongside Jennifer Lawrence and Michael Fassbender. From there, her star power kept growing. She followed X-Men with Mad Max: Fury Road (one of the movies she’s proudest of) and the Divergent franchise with Shailene Woodley. Then in 2017, she landed the role of a lifetime in HBO’s hit limited series "Big Little Lies". There she rounded out a group of all-star actresses: Reese Witherspoon, Nicole Kidman, Shailene Woodley, and Laura Dern.

Fun fact: Nicole Kidman was secretly engaged to Zoe’s father Lenny between 2002 and 2003, making her almost Zoe’s stepmom. Now the two have a very different relationship -- co-stars and close friends. Zoe can also now call Meryl Streep a co-star, as she’ll be joining the "Big Little Lies" cast in their much-anticipated second season (tbh it feels like I’ve been waiting years for this season please send help).

And if "Big Little Lies" isn’t enough to impress you, Zoe is currently starring in one of the most famous franchises in the world. Yes, you can see her for yourself as Leta Lestrange in Fantastic Beasts: The Crimes of Grindlewald, which debuted in theatres just last month and continues to top the box office.

I’m calling it now, people -- I’m not sure if anyone else has noticed, but Zoe is going to be a big deal. This month, she’ll be 30 and clearly, she has a long career ahead of her. Zoe Kravitz is making a name for herself and fighting for representation and equality while she does it. We love you, Zoe, and we can’t wait for more!