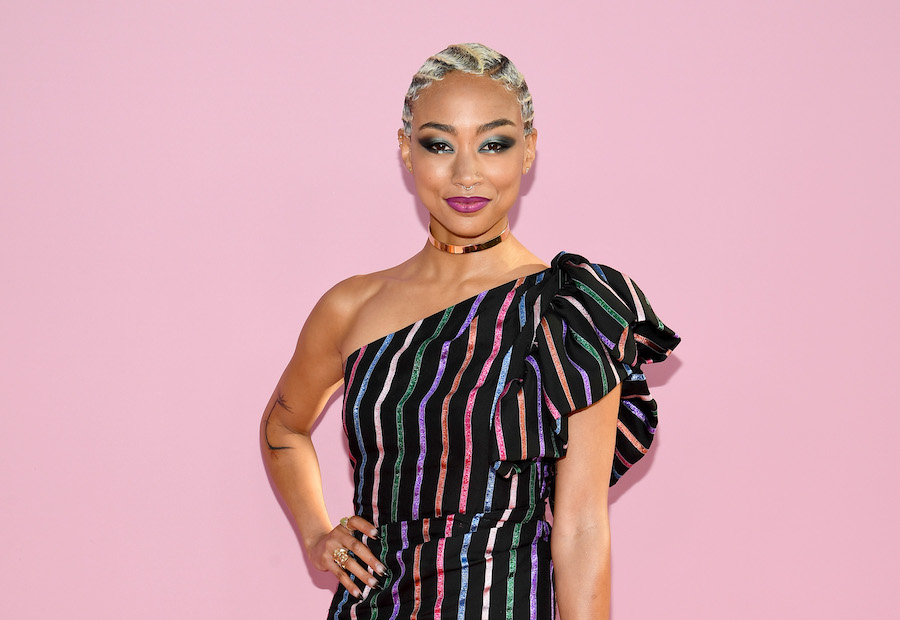 We fell in love with her in “The Chilling Adventures of Sabrina”, but Tati Gabrielle has been an absolute queen for some time now!

Tati first appeared on our radar with some minor episodic roles on Disney Channel, first in Zendaya’s “K.C. Undercover” and then in “The Thundermans”, but it wasn’t until we saw her in the CW’s “The 100” that we became obsessed with her!

She was first introduced during Season 4 as Gaia, the enigmatic daughter of Indra. While she was a great fighter, she decided to devote her life to the faith, which had caused them to pretty much break all ties. Her spiritual nature made her the perfect advisor for both Octavia and Madi while they ruled their people, and despite her convictions being put to the test constantly, Gaia was always resilient and loyal to what she believed in.

In fact, she has become such a crucial part of the story that her character has prevailed throughout all seasons and is obviously back for the show’s last one! Plus, Tati’s performance was incredible -- Gaia was honourable, level-headed, and badass at the same time. It doesn’t matter if she was protecting the commander’s legacy or helping out our favourite “skaikru”, she singlehanded stole the show in each one of her scenes.

This decision isn't up to Gaia, only Madi can choose her destiny. Stream the latest on The CW for free. Link in the bio.

A couple of years after joining "The 100" squad, she was cast as Prudence in Netflix’s “The Chilling Adventures of Sabrina” in a radically different part. This time, she was a dark, ambitious witch devoted to the Church of Night. Prudence was part of the so-called “Weird Sisters”, a trio of very capable witches that would occasionally make Sabrina’s life a little harder.

However, as the series went on, we discovered that there was more to Prudence that we first thought, and she quickly became one of the most iconic characters of the entire show. To be honest, we couldn’t help but root for her as she unlocked her potential and became even better, and Tati’s dedication and acting are probably the reason why the fandom adores her!

But "Sabrina" hasn’t been Tati’s latest project; she’s been super busy voicing Willow (another witch!) in Disney Channel’s “The Owl House”! In this new animated series, she plays a friendly, plant-loving student who’s ready to prove herself. Instead of being intimidating and ruthless, Willow is kind of nerdy and compassionate, which, I know, is a huge change from her “Sabrina” character!

Mind you, this isn’t Tati’s first time as a voice actress. Here comes a little fun fact: she was actually in The Emoji Movie in 2014, which only goes to show how prepared she is for this role!

Also, Luz met Willow today â˜ºï¸ (that’s me! Lol) if you haven’t seen it yet, take your kids and watch #TheOwlHouse on Disney Channel.

Now, what comes next for Tati Gabrielle? Turns out, she’s just getting started! She’ll soon be in the 2021 video game adaptation ofUncharted alongside Tom Holland,Antonio Banderas, and Mark Wahlberg (yes, you read that right)! Although the release date keeps being pushed back, we really can’t wait to see her in action again! Her talent, acting skills and overall elegance will probably make her a household name in the future, and the truth is, it’s what she deserves!