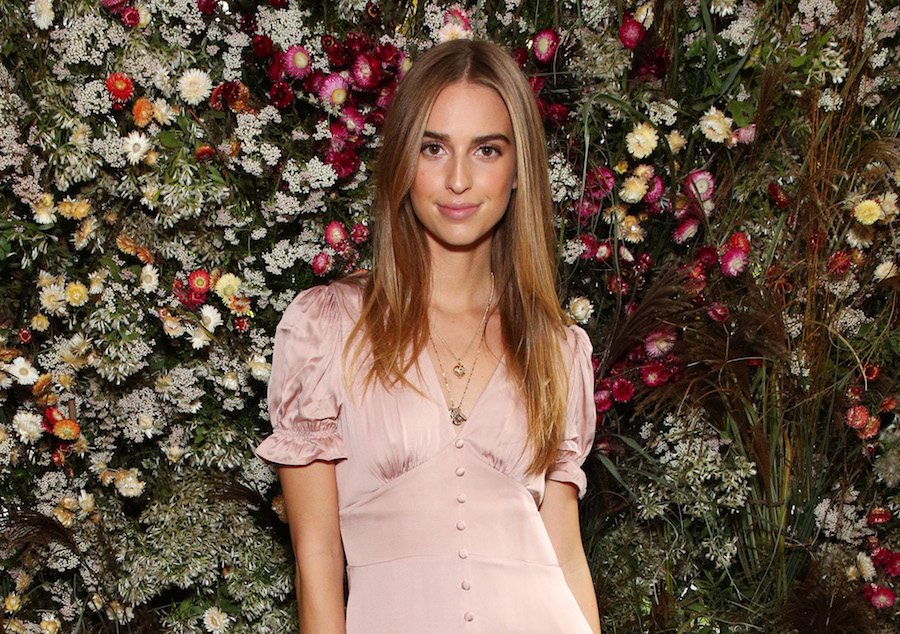 Not many people can say that they’re related to Diane Von Fürstenberg, that they have their own fashion line, and they’ve interned for Teen Vogue, but Talita Von Fürstenberg can. Well, actually, she’s probably the only person in the world that can say that. But, all of that is just a fraction of the things you should know about Talita. To start, she obviously has fashion in her blood.

Clearly, we have a lot of Women We Love here and we don’t pick favorites, but Talita is up there if we had to make a list. She’s probably one of the coolest, most well connected, just all around interesting young people taking over the fashion industry right now. Not only is she just 21 years old, but she’s already created 3 seasons of her clothing line, which is aptly named TVF for DVF. Somehow she’s found time to intern at Teen Vouge, go to college, model professionally, and (get this!) fence in her free time. She’s been featured in countless publications like Vanity Fair,Teen Vogue (of course), and Tatler Magazine. She even walked the runway for Dolce & Gabbana in 2017.

But wait, there's more! If all of that doesn’t make you want to follow her on IG right now, this might: she’s a real life princess. Like, seriously. Her grandfather was a Swedish prince, which made her dad a prince, which makes her a princess! Her aunt is also the Princess of Greece. I’m not exactly sure how the family tree works out (it’s huge), but take my word for it, she’s somehow royalty. She grew up in L.A. so she doesn’t like to use her title, but she is, in fact, a princess.

If you’re thinking this girl cannot get any cooler, you’re wrong. Besides interning for Teen Vogue, she also interned forHilary Clinton’s presidential campaign in 2016.

Her grandmother has been vocal about Talita’s love of fashion stemming from her childhood, and in 2018, Talita was named the new muse of DvF’s fashion house. She’s definitely following in her grandmother’s footsteps, and who knows? She might even take over the fashion empire one day.