TRACK BY TRACK: ITZY's 'GUESS WHO' 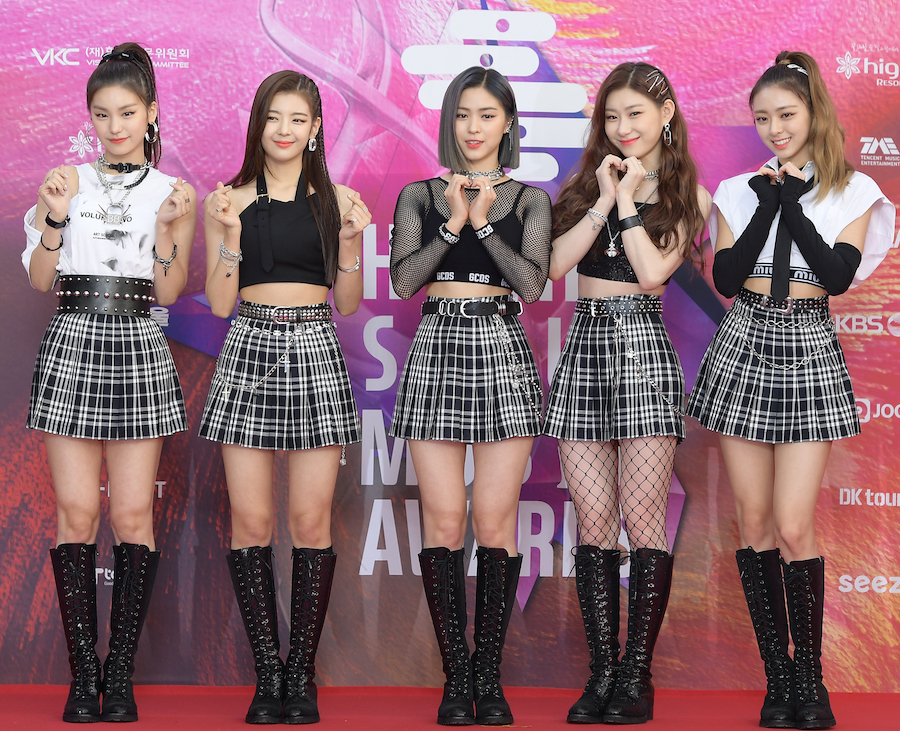 ITZY is quickly taking not just K-Pop but the world by storm, and they only debuted two years ago! Their first single, February 2019’s “DALLA DALLA”, made it to #3 on Billboard’s World Digital Songs chart and its music video collected 17 million views in its first day, later becoming the fastest K-Pop video to hit 100 million views.

Now, after releasing an English EP back in January, ITZY returns with their new album GUESS WHO, a collection of six songs that touch on romance, confidence, and originality. The project blends light guitars with prominent beats, making it a fun record that has something for everyone!

Let's break it down!

The edgy “In the morning” confidently talks to a crush over a hard-hitting, hip-hop influenced beat. ITZY compare their power to a mafia as they vow to win their future partner over, and it’s a super empowering track for anyone in a romantic rut. A stunning music video for the song also came out on the day of the album’s release, putting the girls in settings like an elegant greenhouse and urban street corner. If you’re a fan of BLACKPINK’s “DDU-DU DDU-DU”, this is the track for you!

Favorite lyrics: “If it’s a sin to love you, the culprit is who?”

“Sorry Not Sorry” starts with a twangy acoustic guitar before delving into a heavier beat, making it a fun, powerful ode to uniqueness and originality. The group feels and sounds unstoppable as they insist on being themselves and promise to make an even bigger splash in the future. It’s a perfect message as they continue to grow as a band and find more success!

Favorite lyrics: “When I hear the sound of envy, it hurts my ears…”

ITZY stand their ground in a relationship going wrong on “KIDDING ME”, a mysterious mid-tempo track that lets them show off their vocal harmonies. The second verse, with a rap fromRyujin and vocals fromChaeryeong, especially highlights the song’s message of insisting on the best in your relationships and asserting your independence. The post-chorus beat-drops hammer the theme in harder, letting listeners reflect on the lyrics and meaning.

Favorite lyrics: “Even if you run, you’ll eventually stay in the same place…”

“Wild Wild West” is one of the most unique tracks on the project, infusing the strum of an acoustic guitar with another hip-hop-esque beat. It compares the beginning stages of a romance, and even the girls themselves, to a dangerous landscape complete with thorns. The girls go back and forth between wanting to pursue a relationship and worrying that they’ll hurt their partners, offering a thrilling duality.

Favorite lyrics: “I’m the flower that colors you / I hurt deeply so it doesn’t heal…”

The Summery “SHOOT!” sends coy messages to a crush over an airy, tropical instrumental. It’s slower paced than the other songs on the album, mirroring ITZY’s cool confidence and relaxed attitude towards the relationship. Replacing the usual trap beat with a light, metronome-esque ticking during the verses helps cement this song as a standout track from the project.

Favorite lyrics: “Like a butterfly, I burst in your heart…”

GUESS WHO closes with the mostly acoustic yet still energetic “TENNIS (0:0)”, which wraps up the album’s romantic themes by comparing a crush to the pressure in the final plays of a tennis match. The bass on the chorus gives off a retro flair reminiscent of Selena Gomez’s “Bad Liar”, as the girls make a move and insist on “crossing the line” to make their relationship dreams a reality.

Favorite lyrics: “This feeling makes me crazy / I don’t know if I’m swinging for nothing…”