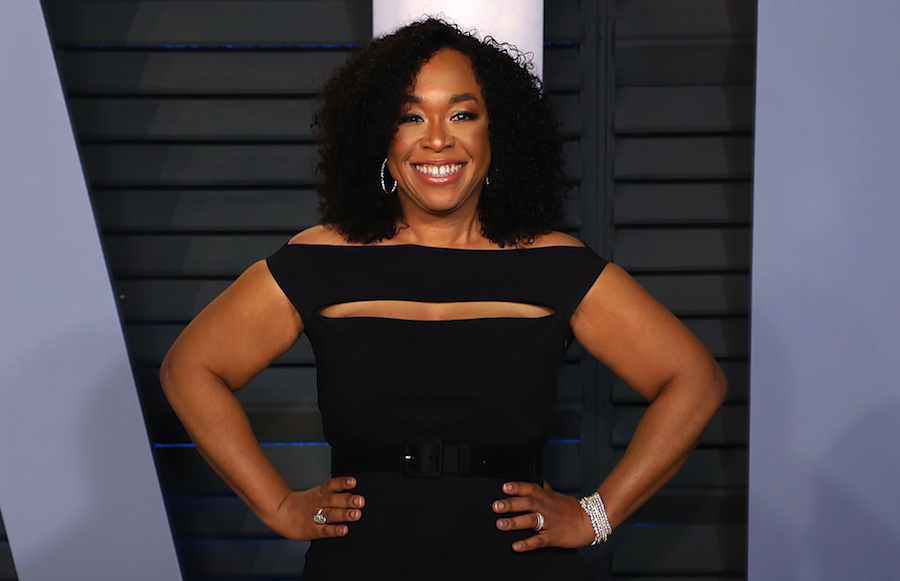 We are on the brink of Shonda Rhimes’s world takeover and we only wish it would come sooner!

After a history-making run on ABC, which saw Shonda completely taking over Thursday nights with knockout hits “Grey’s Anatomy”, “Scandal”, and “How to Get Away with Murder”, our titan of TV is jumping ship for Netflix and making quite the splash.

Rhimes, one of the most well-known TV creators, revealed that she’ll be developing 8 new shows for Netflix with a wide range of content and characters we’ve never seen before. That means no commercials, weeks worth of binge-watching, and much more creative freedom. Sign us up!

Rhimes is a single mother of not one, not two, but THREE girls, all while creating smash hit after smash hit. Not only was she a major force behind the television industry finally taking note of the power of women and women’s stories, but she has also used her position as a means of uplifting and supporting other women of all shapes, sizes, and colors, giving them a space for representation and illuminating their voices. Honestly, I’m beginning to think she must have more hours in the day because I just can’t figure out how she manages it all.

And while she’s just as excited as we are for her new partnership with Netflix, she wants to make it clear that she isn’t interested in making another “Grey’s Anatomy” any time soon. But don’t let that fool you -- we are about to get something even better. Here is the list of the eight new shows she is interested in creating:

1. A show about a real-life fashionable young grifter named Anna Delvey, who conned New York socialites into funding her lavish lifestyle… but now she’s living a much less lavish life on Rikers Island, behind bars. It’s based off the article "How Anna Delvey Tricked New York’s Party People".

2. The Bridgerton Series, based on Julia Quinn’s novels. The show will follow the lives of eight siblings set in 1800 London’s high society.

3. Reset: My Fight for Inclusion and Lasting Change; a series based on Ellen Pao’s memoir about sexism in Silicon Valley.

4. Pico & Sepulveda, a series set in Mexican California during the 1840s.

5. The Warmth of Other Suns, based on the book by Isabel Wilkerson about the flight of African-Americans from the Jim Crow South to the North and the West in search of a better life.

6. The Residence will track the private lives of U.S. presidents, their family, and the staff who know them best.

7. Sunshine Scouts will be about an apocalyptic disaster that finds a group of teenage girls at sleepaway camp fighting to survive and ensure that the remains of society abide by the Sunshine Scout Law.

8. Hot Chocolate Nutcracker, a documentary that follows Debbie Allen’s award-winning reimagining of the ballet, The Nutcracker.

I’ve already decided which shows I’ll be adding to my Netflix list (all of them) and can’t wait to dissect each of them as they come. Shonda Rhimes is truly a force of nature and we can’t wait to see the amazing things she does next.