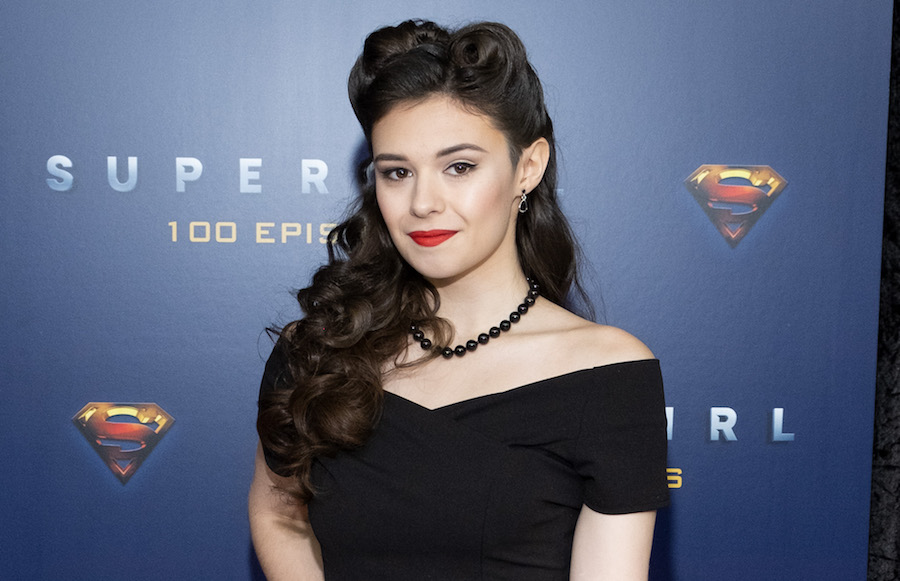 You know the story of Superman. And, thanks to The CW, we’ve come to know and are still learning the story of his cousin, Supergirl.

As it turns out, Kara Zor-El is even cooler than Kal-El. And she’s got some super cool friends – like Nia Nal, also known as Dreamer.

Not only can Dreamer see the future, but she can also use dream energy to effectively beat down her opponents. On top of all of that, she’s also the first transgender superhero on television.

So, let’s talk about the woman bringing this icon to life. Her name is Nicole Maines and she’s just as badass as her on-screen counterpart.

Before she was kicking butt and taking names on "Supergirl", Nicole Maines, who is trans herself, fought and won a very real battle.

In 2013, Maines was referred to as "Susan Doe" in the pivotal Maine Supreme Court case Doe v. Regional School Unit 26. It was an anti-discrimination case which resulted in Maines winning the right to use the girl's restroom in her school. The case marked the first time a state court ruled that denying a transgender student access to the bathroom which matches their gender identity is unlawful. Since then, she’s continued to help the trans community as much as possible, and continued to be generally awesome.

As Dreamer on “Supergirl”, she’s had a huge voice in how transgender people are depicted on television. Her character’s coming out is nothing short of legendary.

This season, in an episode titled “Reality Bytes”, the show illustrated just how dangerous life can be for the transgender population, as violence against these people is often misreported or underreported, because the victims are misgendered in police reports.

According to Maines, she was heavily involved in the creation of the episode, giving the “Supergirl” writers real insights into how transphobia actually plays out.

Maines revealed during HomeCon that she spoke to the writers on the phone for an hour, and they listened as she articulated which points absolutely needed to make it into the episode and not on the cutting room floor.

But beyond her activism and drive to make a difference, Nicole Maines is, simply put, funny. She’s quick with her jokes, and intelligent at that. She’s a meme queen according to her castmates, a gamer, and a joyful nerd. (Nicole, if you see this, consider it an open invitation to game together any time.) She’s bubbly and outspoken, and we here at Young Hollywood can’t help but love her.

True story: Maines keeps a notebook full of sleep/dreaming puns that she comes up with for her character to use as little catchphrases when defeating an enemy.

Not only is Nicole Maines making a difference, but she seems to be having fun along the way. Personally, I wouldn’t mind seeing Maines lead a comedy of her own post-"Supergirl". And on that note, Maines now has a new movie streaming called Bit. Released on April 24, it tells the story of an all-girl gang of vampires who wreak havoc in Los Angeles.

BRB, found my next quaran-stream...