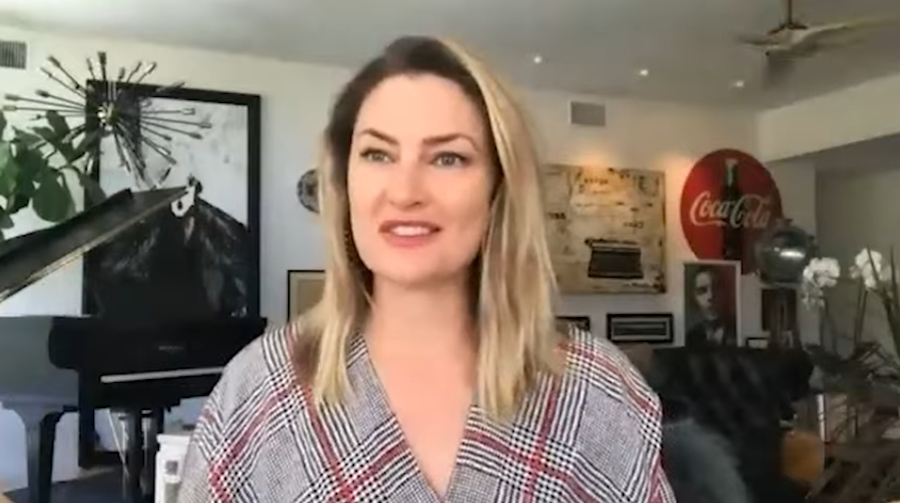 All the way back in Season 2, "Riverdale" actress Mädchen Amick started dropping hints that she would perhaps one day like to direct an episode of the show. After dropping enough of those hints, two years later her wish has finally been granted!

As I’m sure y’all know, Mädchen plays Alice Cooper on the hit CW series, based on the classic Archies comics, the mother of Betty Cooper. Like every other resident of Riverdale, Alice has had her share of drama, and we’ve been there for every minute of it! As for Mädchen, she’s been in the biz since the late-‘80s and, like Alice, has seen a lot! Her experience in Hollywood has given her the tools she needs to easily step behind the camera, and we are excited for the results!

Mädchen joined Young Hollywood on Zoom to hype us up for her big directorial debut, which also turns out to be the Season 4 finale of the show (a truncated season due to the pandemic shutting down production). She discuessed how the cast reacted to having her behind the camera this time around (and which of her co-stars gave her "a hard time"), plus she shared her thoughts on the impending departures of castmates Marisol Nichols (Hermione Lodge) and Skeet Ulrich, who plays her on-screen luv FP Jones. R.I.P. Falice?! SAY IT AIN’T SO!

Mädchen also weighed in on the heated Barchie vs. Bughead debate currently raging online and dividing fans left and right. She revealed which pairing Alice would prefer, based on her personal experience with the Joneses and Andrewses.

Finally, she spent some timing telling us how she has been keeping busy during quarantine, including writing and developing some new projects. We are stoked to see what the future has in store for this multi-talented queen!

Check out out chat below, and be sure to tune in to the “Riverdale” Season 4 finale tonight on The CW!