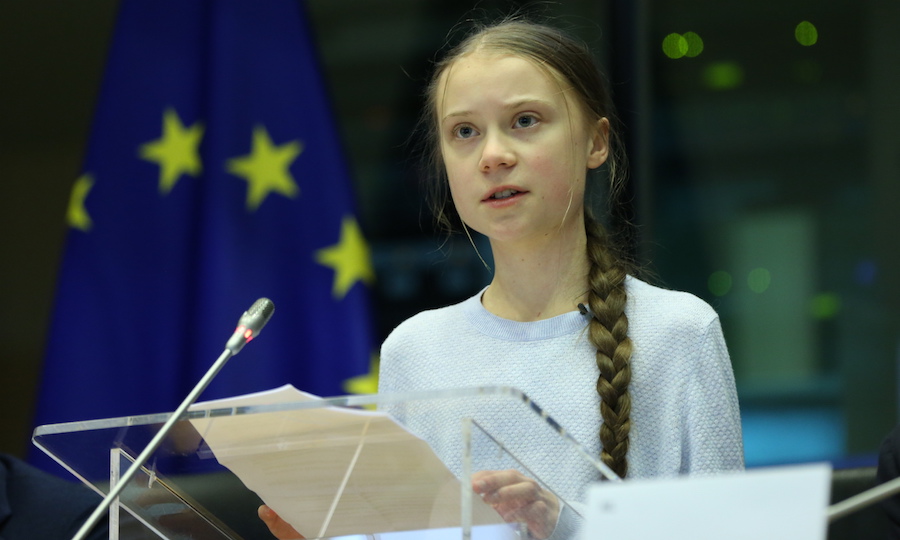 At the age of 17, Swedish environmentalist Greta Thunberg has accomplished more than what most of us would have at this age, and she is just getting started.

After learning more about climate change and its damaging effects on our planet, Greta realized something had to be done. Thunberg began her activism at home, challenging her parents to reduce their carbon footprint for two years before her first climate strike in 2018. Greta would skip school and camp outside the Swedish Parliament with a sign that read, “School Strike for Climate”. The first few days of her climate strike, Greta was alone -- until people started trickling in to support her cause.

Since her first climate strike, Greta has had the opportunity to speak in front of heads of state at the United Nations. This is where she gave her most notable speech, criticizing world leaders: “You have stolen my dreams and my childhood with your empty words... People are suffering. People are dying. Entire ecosystems are collapsing.” Greta is also known for talking straight to the point. She was diagnosed with Asperger’s syndrome, OCD, and selective mutism at age 11. In her TED Talk, she mentions her diagnosis and says, “I only speak when I think it’s necessary.”

Greta’s courageous activism inspired 4 million people to join her climate strike on September 20, 2019, making it the largest climate demonstration in human history. Later that year, Thunberg was honored as TIME Magazine’s Person of the Year, making her the youngest person to ever be honored with the title.

Now, she is the focus of a new documentary on Hulu, I am Greta. Director Nathan Grossman follows Thunberg for two years leading up to her monumental speech at the United Nations. The documentary shows a vulnerable side of the environmental activist, while still advocating for a solution to climate change before it gets worse.

We love Greta because she is an inspiration to many activists around the world. Her activism empowers millions of young people to use their voices as an agent of change.