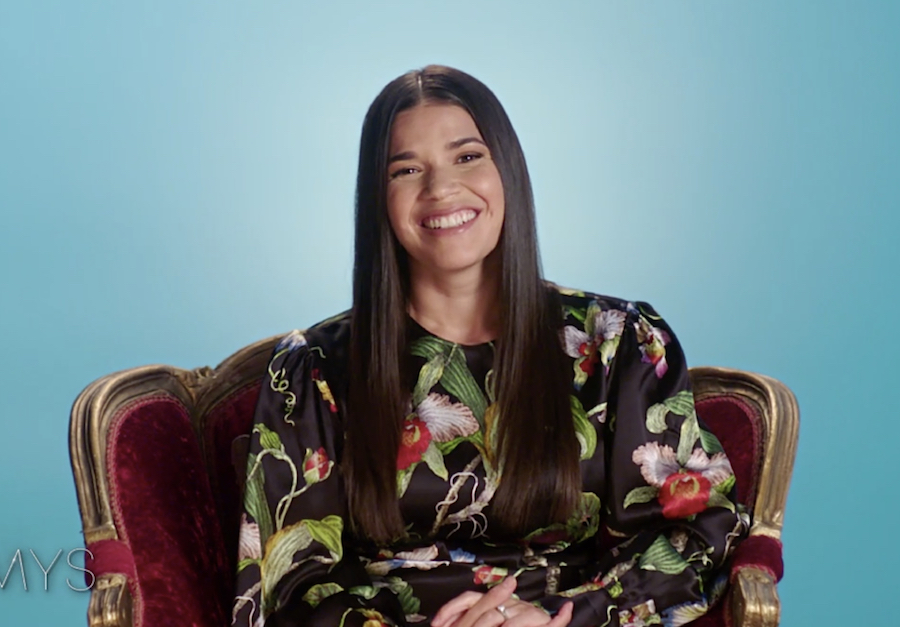 America Ferrera is the definition of a powerhouse. The daughter of Honduran immigrants has a lot on her plate these days. In addition to her role as Amy on the hit NBC comedy "Superstore", now in its 6th season, she is a producer, director, and activist.

We were first introduced to the Los Angeles native through the indie film,Real Women Have Curves, which allowed Latinas to see themselves reflected on the big screen. Ferrera is also known for starring in the comedy-drama The Sisterhood of the Traveling Pants alongside Blake Lively, Amber Tamblyn, and Alexis Bledel. America gained more recognition for playing the lead role in the series "Ugly Betty", where her portrayal of Betty Suarez earned her an Emmy and made her the first (and only, so far) Latina to win the award for Best Actress.

Happy Emmys to all the nominees today! This was 11 years ago! ? More LatinX nominees please. There’s so much wonderful LatinX talent and content out there that deserves to be acknowledged. Looking at you @vida_starz @odaatnetflix @cwjanethevirgin @nbcbrooklyn99 @queenonusa

The leading lady has always been an advocate for diverse representation on and off-screen. In the TED Talk she gave last year, America Ferrera talks about her journey through the industry and learning how her identity as a Honduran-American is her superpower, not an obstacle. Ferrera also discusses the importance of seeing an accurate representation of the world on screen.

America has been using her massive platform for activism for more than a decade. She has publicly endorsed presidential candidates since 2008, and this year she has been active on the campaign trail encouraging people to go out and vote. Earlier this year, Ferrera also launched the series “America...AF” on her Instagram, where she breaks down and demystifies the American voting process.

Are you not voting because you think it doesn’t change anything? Has someone you know opted out of this election because they think all politicians are the same, and nothing ever changes?! Well then, I’m begging you to hear me out in this episode of #AmericaAF - You’ve got 48 hours to change your mind and to show up on the right side of history in this election! Let me help you get there! Check out my new episode and then get to the polls or drop off that ballot in an official ballot box (because it's too late to mail!) It’s go time people! This is not a drill! Save our Democracy! #AmericaAF #Vote #LetsGo

America also teamed up with fellow Latina Eva Longoria to create She Se Puede, a digital platform designed to empower Latina women to leverage their power in a way that changes their lives. The main goal of the platform is to ensure that the experiences and perspectives of Latinas are no longer excluded from our society.

???A dream come true to launch this new home for Latinas where we can tell our stories, celebrate each other’s greatness and flex our power ??! So much @she_sepuede goodness coming your way today! ? I founded @she_sepuede with some extraordinarily smart, fierce, passionate chingonas who inspire us all every day- @evalongoria @elsamariecollins @stephaniemvalencia @jesslivmo @msladyjustice1 @activistmonicaramirez @alexandramartinezkondracke @olguitasegura and Christy Haubegger. We built this thing from love and we’re so ready to grow this community! Join us!âœ¨#shesepuede

Unfortunately, we have to say goodbye to her beloved character Amy on "Superstore" this season. Nonetheless, we love America Ferrera for continuing to use her platform to advocate for diversity in Hollywood and creating a space for the Latinx community to feel seen!