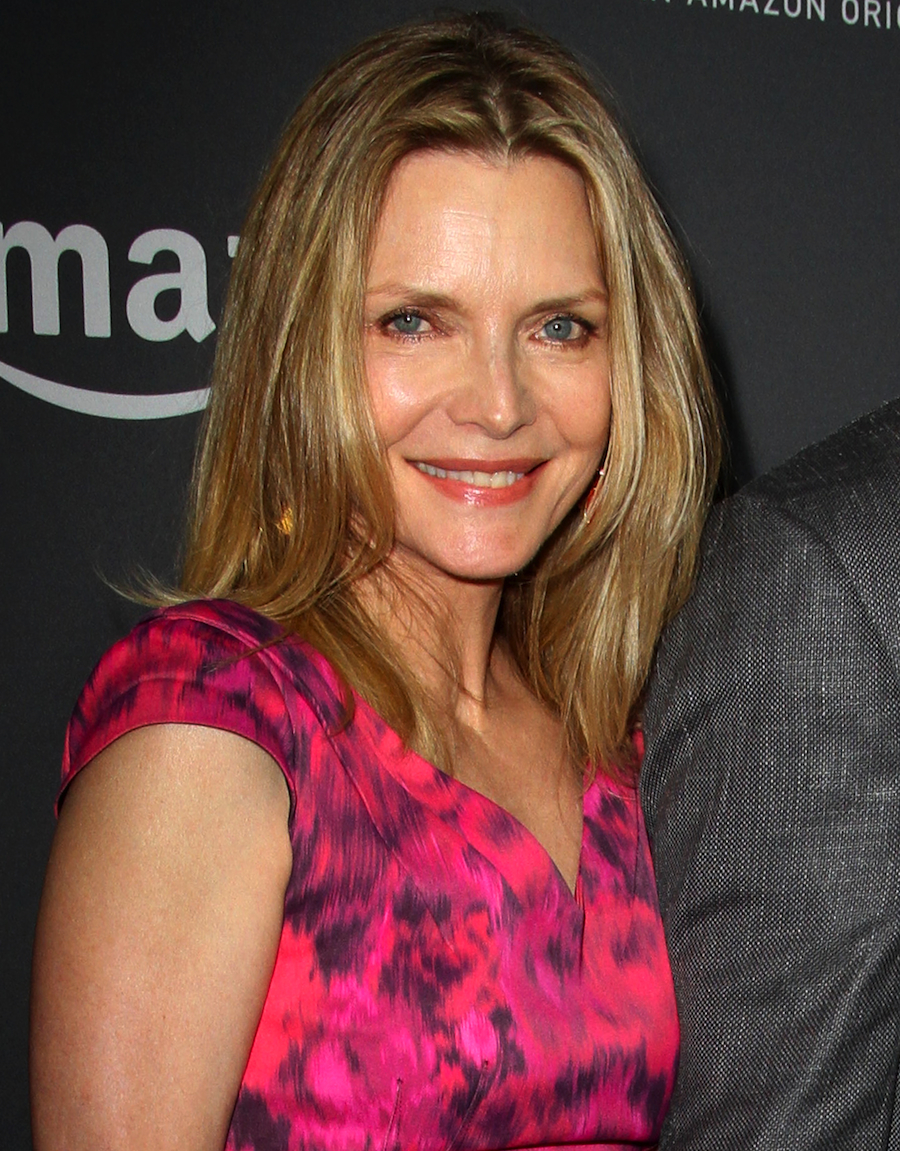 American actress, singer, and producer Michelle Pfeiffer worked hard for her success. After graduating high school in 1976, she worked as a checkout girl at Vons supermarket and attended college at Golden West in Huntington Beach, California. Her passion for acting developed after a couple months as a stenographer. Pfeiffer would land her first roles in television appearing in "Fantasy Island" and "Delta House", and would then go on to earn small roles in Falling in Love Again and The Hollywood Nights. Hoping to take on larger roles, she enrolled in acting classes at the Beverly Hills Playhouse, and as a result, she struck gold, landing the lead role in Grease 2 and never looking back. Since then, she has made her mark in Hollywood with significant roles in top-tier films like Scarface, The Witches of Eastwick, Married to the Mob, The Age of Innocence, and Dangerous Minds. And, of course, who can ever forget her iconic performance as Catwoman in Batman Returns?

Now, after a 4-year hiatus, Pfeiffer is back on the scene and better than ever, taking on not one but three new projects! The first of which is a film called Where is Kyra?, directed by Andrew Dosunmu, that tells the story of a woman whose money problems only worsen as she’s already struggling to survive off her ailing mother’s income. So if a depressing economic drama is your thing, then definitely check this movie out.

Her next project will be to star alongside the likes of Johnny Depp, Daisy Ridley, Judi Dench, Josh Gad, and Kenneth Branagh in an adaptation of Agatha Christie's Murder on the Orient Express, a mystery/drama film about a detective named Hercule Poirot whose sent to figure out what happened to a man who was murdered on the train. Pfeiffer will play a woman named Mrs. Hubbard, a fellow passenger on the train that has a deep dark secret. If you've read the book, or seen the original 1974 film adaptation (in which Mrs. Hubbard was played by the legendary Lauren Bacall), then you probably already know what that secret is. If not, find out on November 10!

Her third and final project is playing opposite Jennifer Lawrence and Javier Bardem in Darren Aronofsky’s Mother!, a mystery drama film about a couple whose relationship is tested when uninvited guests enter their home, and no Aronofsky film is complete without some shocking, surprising horror scenes which we look forward to. The film will be released this October.

We’re glad you’re back, Michelle. We missed you!