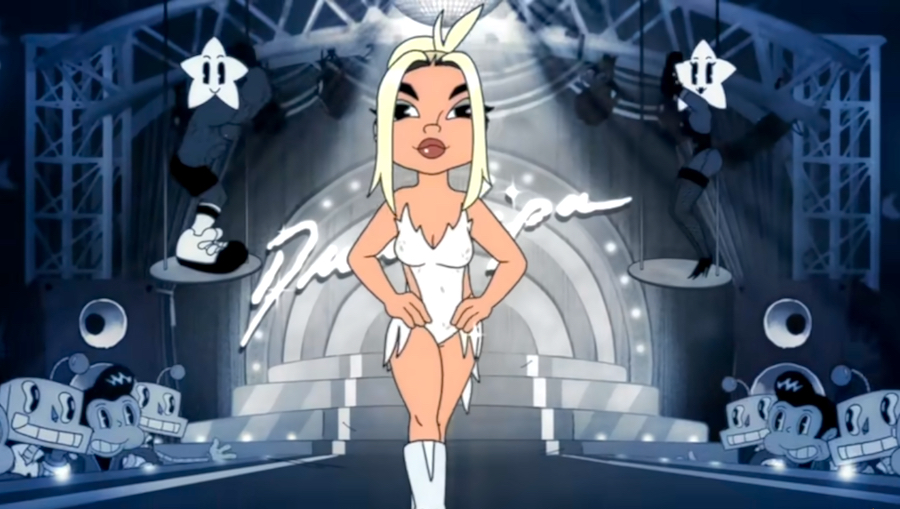 Dua Lipa has been having major success since the release of her sophomore album Future Nostalgia back in March. We’re still very obsessed with the disco-pop album and were beyond excited when the singer announced her next single.

Based off the amazing video concepts of “Don’t Start Now”, “Physical”, and “Break My Heart”, we knew that the next video was for sure going to blow our minds! Despite the interruptions caused by COVID-19, Dua assembled a team of animators to release a video for her latest single, “Hallucinate”.

Animated music videos have gained popularity lately and Dua is no stranger to them. She also shared an animated take for “Break My Heart” back in May, though she tilted toward a more nostalgic animation style for the “Hallucinate” music video, reminiscent of old school Disney cartoons. The video ties in perfectly with the track’s meaning. The title of the track itself is “Hallucinate”, so the trippy visuals captured the experience of falling in love (basically being addicted to love).

The animators made sure to depict her cartoon self in an accurate way, and they did! They even included Dua’s iconic two-toned hair (which she’s played around with by trying different hair colors during quarantine). The video takes off with cartoon Dua Lipa on stage performing the opening of the track. She is joined throughout the video with fun characters, including dancing stars and unicorns. We are living for the vibrant colors. The imagination and creativity are unbelievable! My personal favorite part is when a galactic Dua orbits over a disco ball in space surrounded by dolphins.

To bring even more of an experience, headphone users get a better experience with an immersive 360 Reality Audio!

Seriously cannot wait until we can experience “Hallucinate” and other tracks off of Future Nostalgia in a live setting, but until then, we're keeping the album on repeat!