We Are "Powerless" to Contain Our Excitement for NBC's New DC Sitcom! 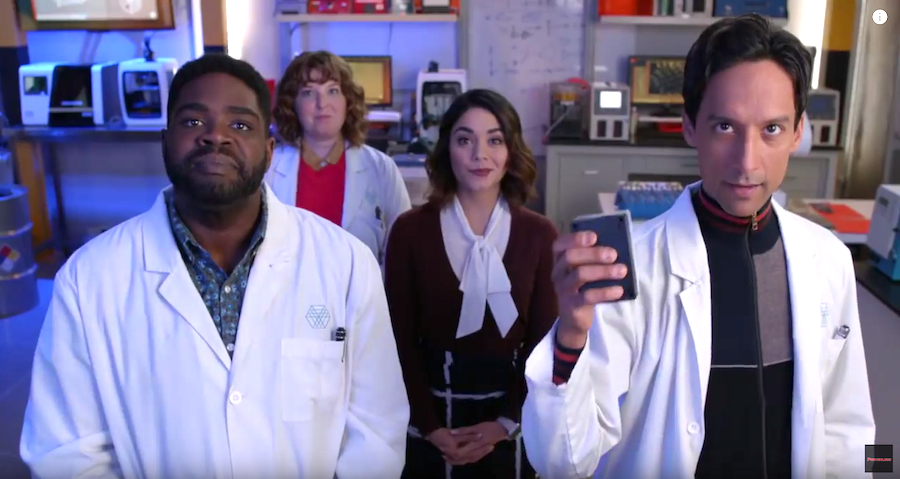 Well, okay, it's actually his cousin, Van Wayne. His group of employees create products that help protect the “powerless” from a world of collateral damage thanks to superheros and super-villains and their shenanigans. It’s also important to mention that the employees are powerless themselves -- who says you need to be a superhero to save the day?

This marks the first sitcom in the DC universe; you can watch your favorite superheroes and villains and simultaneously have a good laugh. If you’re a classic superhero fan at heart, it’s definitely a reason to tune in. The show is set to capture the comic book world in a way we haven't really seen before -- Picture having the power to jump into a comic, that’s what the show really wants to capture. As if you are there in real time!

The new series stars Vanessa Hudgens, Alan Tudyk, Danny Pudi, Atlin Mitchell, Ron Funches, Chrisina Kirk, and many more. Hudgens stars as Emily, the new Research and Development Director of Wayne Security. After jumping off the Disney train and into more serious, intense roles over the past few years, it's great to see her in some light again!

See the Powerless in action and “change the world” on TONIGHT (February 2) starting at 7:30pm!