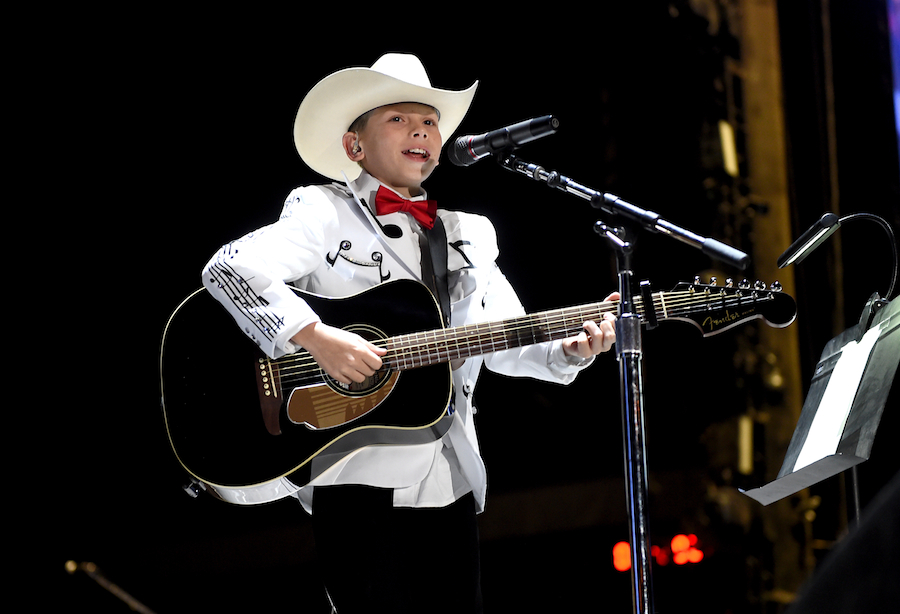 In possibly the fastest and most wholesome rise to fame in our time, Mason Ramsey, AKA the Walmart Yodeling Kid, has a new original song out. And it’s good. The song, “Famous”, already has two million streams on Spotify and it is a certified jam. While we contemplate whether this 11-year-old kid will be just a quick fad or if he’s here for good, let’s dive deep into his crazy time in the spotlight.

In early April, the above video of a young boy belting out a Hank Williams song in a southern Illinois Walmart first hit YouTube. Almost immediately, the internet had a collective chuckle. Memes, videos, and remixes appeared out of nowhere. Mason took it in stride, accepting the laughter and appreciating the views.

Like many internet obsessions, Yodeling Kid was invited to be on the "Ellen" show. Ellen Degeneres seems to have a specialty in bringing niche Internet children into the spotlight. Mason Ramsey’s time on "Ellen" taught us that he’s performed at Walmart “about 50,000 times” -- because it’s the only store in his small town. Mason told Ellen that his dream was to sing at the Grand Ole Opry, and Ellen made it happen!

His other life dream, to graduate college and work his way through the country in a motorhome, remains to be fulfilled, but now it definitely seems likely.

A couple weeks later, in a surprise guest appearance that no one saw coming (except maybe Ellen), Mason Ramsey performed at Coachella. He also met Justin Bieber there, who seemed to be a big fan.

After that, I, like most people, assumed that was the last we’d hear of this little yodeler from Illinois. Imagine my surprise when I saw that he had released a lyric video, and my joy upon finding out that it was good! Even if you don't like country music, you have to admit, it’s a catchy tune with the same earnest heart that brought Mason into the spotlight all those weeks ago. Check out “Famous” and enjoy a rare overnight success story and fun song!