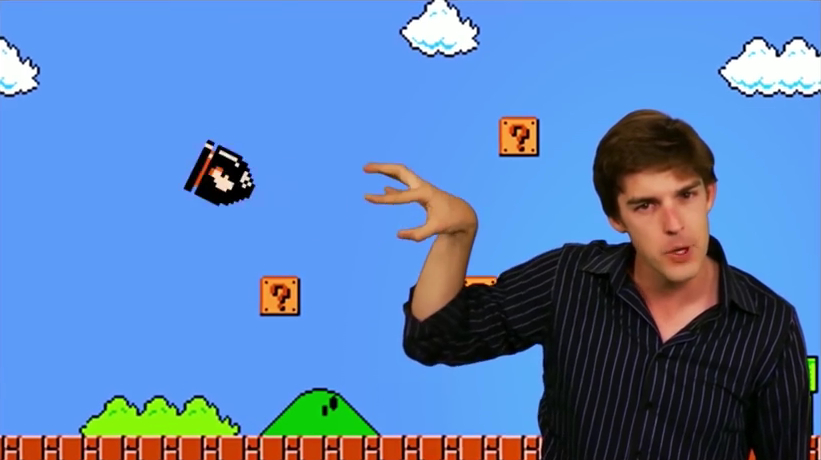 Today, we will be talking about MatPat, the man behind successful YouTube channels The Game Theorists, The Film Theorists, and GTLive.

MatPat, or Matthew Patrick, is a writer, producer, creator, and actor on his very prominent and successful YouTube channels. If you're not sure who he is, you might recognize his very distinct and charismatic voice!

But first, before the videos, let's get into his YouTube channel The Game Theorists. He joined YouTube in 2009 where he posted videos of his theater performances. It wasn't until 2011 that Game Theory was born. The channel was dedicated to digging deeper into our favorite video games and their stories and lore. Matpat used real-world logic, math, and research to unearth revelations about the games we thought we knew. Check out his game theory on Mario Kart:

Yeah, it might be over-analyzing but definitely very possible. After all, it's JUST A THEORY!

I personally love getting into the nitty-gritty of these fun and entertaining topics because I am the queen of overthinking. So why not take my over-analyzing abilities of things and channel it? MatPat has a gift for dissecting all the nuances that create the games as a whole and he brings in science and math to back up his evidence. One video that spoke to me was his tips to surviving a zombie apocalypse:

I mean this in the nicest way possible, but MatPat takes "nerd" to a whole new level. And since I take pride in calling myself a nerd as well, MatPat's theory channels give me an outlet to learn more and more about my favorite games but also film and movies. In 2014, MatPat created The Film Theorists channel. You are reading my mind, MatPat! If there was anything I needed more in my life, its a way to indulge the my film nerd in me.

And for all you Potterheads, check out this Voldemort logic:

But did you notice the logo in the opening sequence? In the Film Theory videos, the logo is a red film projector with four curved lines creating an open circle and the top right line is red while the others are gray. Wait, back up -- In the Game Theory videos, there's a trophy in a circle with four curved lines forming an open circle. The trophy is green and the top left line is green. That's a little curious isn't it?

Let's come back to that later...

MatPat also has a YouTube Red series called "Game Lab" where he, fittingly, takes video games and tests them out in the real world.

Check out the first episode of his series:

Pretty interesting that Mr. MatPat pointed out the importance and inherent planning and strategy behind the parkour. I wouldn't think anything of it except that we know that MatPat is a very intelligent person. His channel thrives on his intellectual research and use of numbers and data to create these amazing game and film theories.

Could it be that MatPat has more up his sleeve? If there's anything I learned from his theory videos, no detail or fact should be missed. The biggest clue here is his logo. MatPat has two Theory channels, but there are four of those lines making a circle in both channels' logos. For the sake of consistency, that would entail that there are two other aspects of the theory logo that we have yet to see. Is it possible that MatPat has plans to release two more Theory channels, possibly one for television or music or some other topic? I wouldn't put it past MatPat if he has this insane long-term strategy for his Theory channels, like how Steve Jobs planned years and years of developments for Apple.

Check out this Film Theory video based on "The Walking Dead":

Yes, even the video admits that it's more of a TV theory at 11:50 if you didn't catch it. While the channel does stray into some TV topics, wouldn't it just make sense to give it its own channel, MatPat? Doing a test run maybe? Okay, we'll just have to wait to find out.

But the core and inspiration of the Theorist channels is MatPat's love of gaming. He even has a channel dedicated to live gameplay with audience participation when appropriate. You can find his gaming channel with his awesome wife Stephanie, and if we're lucky, a CatPat cameo (their cat's real name is Skip) here!

So since MatPat's core is gaming, let's think about gaming controllers. Aside from the Wii, most game console's controllers have movement sticks and buttons, but looking closer, the main action buttons are always different colors to indicate a different move or function of the button. Four. There are always four distinct colors for these action buttons: Green, Red, Yellow, and Blue. Even the Playstation uses shapes to label each button, but each shape always has a corresponding color. Where else do we see this theme? Ah, yes. the Theorist logo. Four lines that could represent buttons and each a different color for each channel, perhaps? Green for Game Theory, and Red for Film Theory? Maybe.

Who knows what else MatPat has up his sleeve? But I wouldn't be surprised if the color Blue and Yellow show up on the Theorist logo on some new channels.

Personally, I would love to see more from the mind of MatPat and more theories! But until then, I'll will be waiting because it's JUST A THEORY. A MATPAT THEORY.

(Image via The Game Theorists/YouTube)